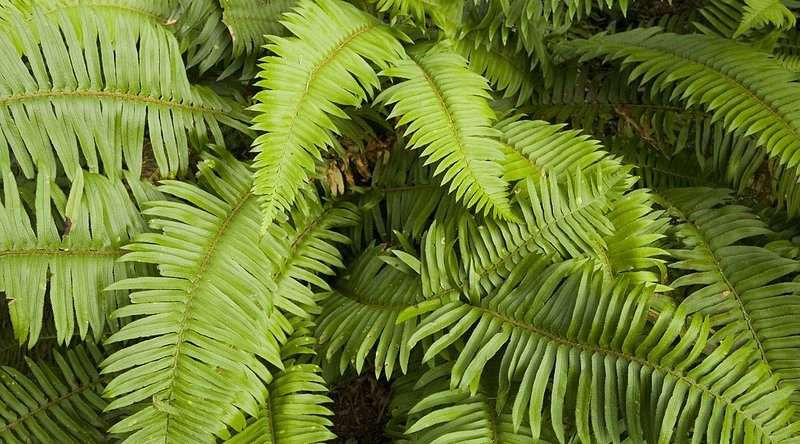 Today we’ve got a guest battle report from /u/GorkkTheOrc. Hope you enjoy!

Quick shout out to WiseKensai for inspiring me to write up my bat-reps. I have used his style as a format for myself so I hope it reads/works well. I’m involved in an Infinity Escalation League right now and this Bat-Rep was played at 250 points and our mission was similar to Looting and Sabotage. Only difference was no data trackers so we added points for getting Classifieds. Enjoy!

With this being the first opportunity to bring fire teams for the League I really wanted to see what Tohaa could do since that’s basically what they’re all about. So I challenged Clint to battle it out with Mission 5 to see how deadly the plant people could truly be. I opted to bring my Steel Phalanx this time around, purely for Ajax and his hammer to knock out the AC2 for the mission, at least that was my hope. We rolled off and I won my WIP and opted to go first. Clint snagged the side he wanted and had me deploy first.

On my left were Ajax, Machaon and 2x Myrmidons with Chain rifles in their link team. On their building was a Thorakitai with a LRL. The Center was my Agema Marksman with MSV2 and Multi-Sniper (who was my reserve model) who stood on the middle building. On the right were Phoenix and 3x Myrmidons with Chain rifles in my other link. 2x Netrods deployed/dispersed on the table and luckily never got attacked all game. 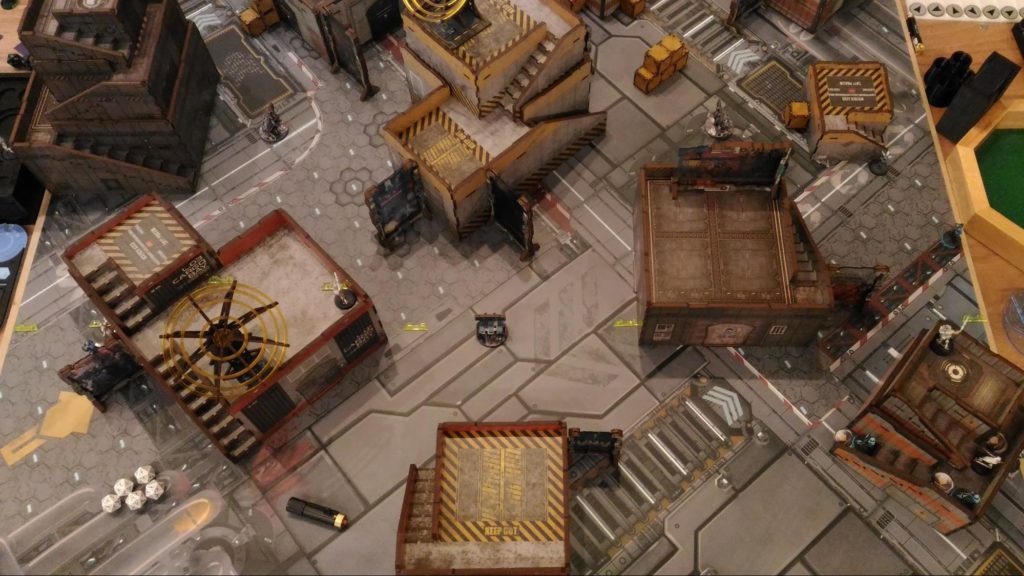 I’m bad with Tohaa names still and I think most folks in our group don’t know much about them so I’m gonna describe them the best I can from memory and what they were armed with for learning/simplicity sake. On Clint’s left standing on a building was a Gao-Rael with an MSV2 and a sniper rifle who could see my sniper and Phoenix, and it also had a symbio-mate with it. Around the base of the building the sniper was on were 2 Kaeltars who are there for orders and flash-pulse and linking up with that Gao-Rael for that +1 Burst. Up from there at the edge of the DZ was a Triad link with a Makaul (Great in CC with a Heavy-Flamer), A Sakiel(Clint’s Lt with a mate), and I can’t remember the third, but pretty sure it had a K1 Combi rifle. On the small building in the middle right was a Chaksa Neurocinetics HMG alone in his 2nd combat group. Up from him was a Beast master guy with mate and his 2 G:Sync beasts prone on a roof. Lastly around the upper building was another triad link with a Makaul, Gao-Rael with MSV2 and Spitfire + mate, and something else with a K1 combi again.

(I actually forgot to take a picture of Clint’s deployment, but this is just after Ajax and everyone did their thing so Clint hadn’t moved anyone yet)

Clint docked my main pool 2 orders which meant my sniper/thorakitai in group 2 were free to run wild! (they did not run wild). I used the 2 orders in the 2nd pool to trade sniper fire this Clint’s Gao-Rael, we were both on burst 2 but I had 13’s vs Clint’s 12’s. Despite some good rolls on both sides, best I managed to do was take out the symbio-mate. On to group 1 with Phoenix taking an order to go idle, there were about 4 units that could see Phoenix including the Sniper. I was confident on the defensive b/c I was so far away I figured most ARO’s would be at -12 from Range, ODD, Cover. Clint declared some dodging, Sniper fire, and 1 Flash pulse at me on 2’s. Well he crit Flash Pulsed Phoenix on a 2 and his sniper was 0.5 Inches outside 32, so instead of needing 13’s I needed 7’s vs his 12’s. Needless to say I lost that FTF, but Phoenix made his saves against sniper fire. With 3 orders gone and nothing to show for it, it was time to get my Ajax team moving.

Since the Gao-Rael was covering some major fire lanes toward the AC2, I spent several orders with Machaon being the Link leader and throwing his wonderful Eclipse Grenades and shuffling around buildings, and hallways trying to get to the AC2 without being shot at. I knew it was going to take a lot of orders and I passed one of the panoplies and had to just ignore it since I needed all my movement to get into position. There was also a sacrificial myrmidon that ate a mine to save the rest of the squad. I was down to 1 order and my Lt Order within range of getting into base to base with the AC2.  It was time for a 50/50 chance at glory/survival.

I spend Machaon’s Lt Order to break the link in an attempt to throw a spec-fire Eclipse grenade to cover the AC2 and my approach. I’m pretty sure I rolled a 20 (damnit). Well I have 1 order left and the AC2 is there for the taking, also right in the middle of Clint’s entire army. I’m pretty sure no one in the link will survive either way, but I know if I smash the AC2 that’ll net me 4 objective points at least. Go, go, go!

Ajax takes link leader and bases with the AC2 along with the Myrmidon and Machaon. I get about 6 ARO’s coming back at various members of the link with most of them going on Ajax. Stacking all the numbers for Ajax with his melee-link bonuses he’s rolling on 31’s with burst 3 and damage 18. The AC2 Explodes along with Ajax and Machaon for their effort. Miraculously the lone Myrmidon survived and is standing within ARO of basically Clint’s entire force, so that will give him trouble (it didn’t). With that I pass turn to Clint. (Picture of lonely Myrmidon below) 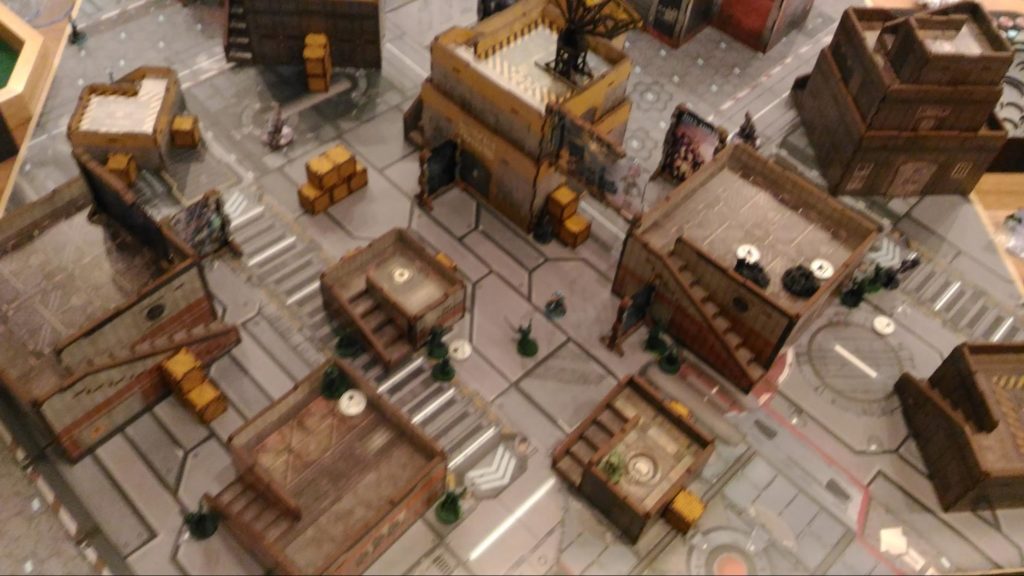 With Clint loosing none of his forces, he has a full roster of shenanigans to deploy. His link team on the right does basically the same “order intensive eclipse throwing movement” that I just did in order to avoid the 3 different units in my DZ who could ARO at various times. He moves fairly close to my DZ and flamers my Thorakitai with his Makaul. I return in kind with an SMG hoping to knock out his DA CC unit. I get my hit, but he makes his save and I fail mine to fire (it burns)! He doesn’t have the orders to safely get to the AC2 this turn so he tucks his squad back behind some cover to avoid Phoenix and the Agema.

Now about that pesky Myrmidon in his DZ. Clint decides to use his beasts/beast-master and the unit crawls/climbs/jumps towards him. I don’t know enough about the beasts and their abilities, but I know my Myrmidon is no slouch in CC if that’s what he’s attempting to do (it was). So he spends his order to have both beasts base my Myrmidon, I know this trick since they are G:Sync’d if I pick 1 he can have the other attack me so there’s no FTF. That’s what goes down along with my Myrmidon, who fails to kill his target! The Beasts devour the downed warrior and the turn passed back to me.

Welp I’m in LoL since Machaon got slaughtered. Which is double bad since my Classified was to Doc someone back up. I use my Agema’s irregular to once again trade sniper fire with the Gao-Rael, Clint misses and my shots land taking out the sniper (yay I got one). I spend a couple command tokens to make some netrods regular so my Phoenix link can move around and take some shots at stuff. I think I knocked out something from the advancing link across the board, the K1 Combi rifle model?

Overall the turn is uneventful and I end up breaking/spreading out the link with their irregulars to cover as much ground as I can to watch over my AC2. It’s Phoenix(who becomes my new Lt) and 3 Myrmidons with Chain rifles watching the center and my Agema. I got this! (I didn’t have it)

Clint wants to make his advancing link a triad fire team again. So he’s spends his Lt. on a Sakiel on his DZ edge and basically just rounds around the table to get to his 2 other Tohaa guys just waiting for their leader. I had no ARO’s since half the board was clear from this movement and it was a smart play to get his link re-formed. The link gets reformed and he makes his advance towards the AC2. Along the way my Sniper gets taken out by something in the link. I can’t remember but I know he got dropped to unconscious.

Much Eclipse and smoke happens as his units get into b2b unhindered by my Myrmidons on over watch. It’s DA + Link bonus time against the AC2. I get lucky and make lots of saves but Clint just has too many orders to throw at it and blows it up! His beasts/beast master make an approach up the middle towards one of my Myrmidons, but a long range pistol shot (I rolled a 2), keeps him at bay for now. Clint then spends his last few orders shuffling his link into a better position as to not be blasted off the board by phoenix and his HRL, and then passed turn.

I’ve got 6 regular orders and not a lot of great options. I can’t quite get to his HVT, so I attempt to make a play for the panoply on my right. But first there’s about 10 Tohaa who are all over the place that can see just about every move I make so I have to clean out whatever I can before I trudge up the board. My Myrmidon nearest to his link, moves up and drops a chain rifle hitting everyone! However, 2 mates get popped at the Makaul passes armor save and the Myrmidon dies in the process. Phoenix spends his Lt. and a regular order to attempt and blast something off the table from the link. His efforts grant him 2 dead Tohaa, but the Gao-Rael is still alive but at least it can’t see any other Myrmidons.

I get wonky here and go for broke as I attempt a coordinated order with my other 2 Myrmidons to try and get closer to the panoply. One is in front of the beasts and gets engaged for his chain rifle efforts and the other gets crit by the HMG that’s been sitting in the backfield. So…there went that plan. I get frustrated and throw my last orders into Phoenix to blast w/e I can off the table to limit Clint’s orders on his turn. I do manage to knock out a couple Tohaa, but I know it’s not enough.

Clint is down to 5 orders and spends his first on the engaged Myrmidon with the 2 beasts. He opts to make it a FtF roll this time to try and keep his monster from dying. We both Crit out and nothing happens. Another order and this time doesn’t go for the Ftf and my last Myrmidon gets eaten alive. Unbeknownst to me Clint’s trying to go for his classified which is extreme prejudice. Since everything in my list has been completely obliterated the only Unconscious model I have is the sniper on top of a building. Clint spends his remaining orders running over and super jumping his beasts to get the Coup De Grace. Phoenix does attempt to get a rocket off at the beasts but his rocket goes wild and flies right past making it a 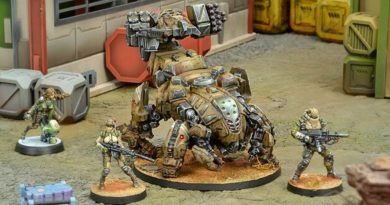 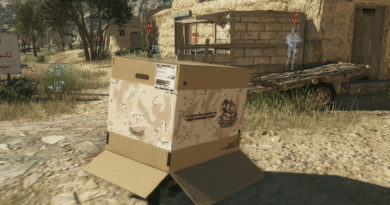 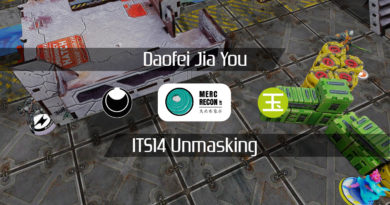