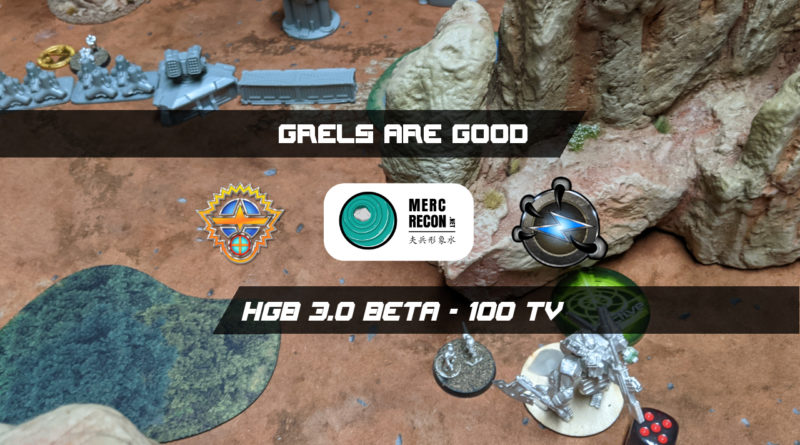 Okay. I guess I’m going to start writing short battle reports for my Heavy Gear games… and most importantly, not doing a huge amount of photo editing for them, because that takes HOURS. Adam finally put together his Black Talons, so they faced off against my CEF.

I took this thing, intending to try out airstrikes and the GREL support teams, but Gear Grinder doesn’t have Airstrike options so I 100% forgot I had them… very sad.

I have no idea what’s going on here. Basically everything is mean and gross and I hate all of it.

So Adam starts off by crippling my LHT-67 Assault on the left there with some sort of big gun thing. That sucked. Then the Raven on the right in the forest Forward Observed my HPC-64 with all my GRELs inside. Some artillery fire later and my HPC-64 is also crippled. JEEZ.

My GRELs in the HPC-64 are having NONE of it, hop out, and freaking one-shot the Raven in cover. Well DAMN. I’ll take that! Pew pew pew! For those of you not familiar with the universe, GRELs are kinda like 40k Space Marines, but the Movie Marine versions, so they will F YOU UP.

I have to take out Adam’s two commanders and Adam is trying to secure the two blue objectives near my deployment, so we just start shuffling forward. My poor LHT-67 Assault poots its way forward and tries to take on the big Gear in the open and the APC behind the rocks in the middle. I roll like potato and nothing happens. Black Talons have a million rerolls so they win all the face to faces. Very sad.

I finally get my HC-3A behind Adam’s Owl, which is one of his commanders, target designated it, and my LHT-67 AA plunks a Light Anti-Tank Missile in the Owl’s back and splat it. Hurrah!

Adam manages to secure one of the objectives with his APC, which I gun down with the GREL Support team, and then I get the LHT-67 AA into position to see his other commander out of cover. I lance it with my Medium Lazor Cannon and then finish it off with some more anti-tank missiles. Two points on the board for me (Assassinate), but Adam’s killed my hoverbikes so he’s got 1 point for killing half a squad (Wipe Them Out).

Now it’s down to who is holding how many Capture objectives at the end of the game. I put more fire into the infantry that was in Adam’s APC, but they survive. He’s got some big gear thing covering my objective, so I run my Morgana GREL Assault team in and slap on some Light Shaped Explosives and take it down.

Between the Morgana GRELs and the Support Squad behind them, I take that objective, and Adam’s got one too. This means it’s a

Uhhh. GRELs are good, don’t let your APC get crippled… not being able to move twice SUUUUCKS. Black Talons are GROSS.

Don’t forget your airstrikes? Still learning this game, not a huge amount of detailed takeaways yet… stay tuned for more. 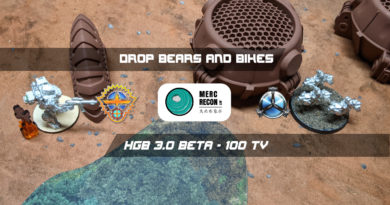 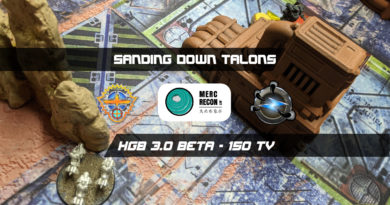 One thought on “GRELs are Good”