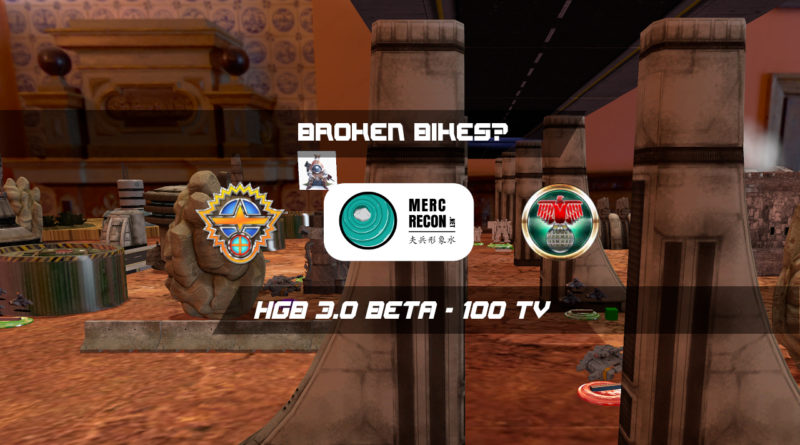 So we’ve been discussing the Hoverbike situation that’s come up over the last few games:

and decided to try the following two changes:

We were also testing some discussion about the Wipe Them Out objective.

My opponent, Frank, hilariously (and accidentally) chose three objectives instead of the normal 2. Whoops! He also intentionally took Wipe Them Out, to see if the penalty of being capped at 1 point for that objective (since I didn’t take any FS) would be offset by the purported mega death massive pew pew omg rock ‘n roll raw over 9000 power of Fire Support UAs which motivated this discrepancy in objective scoring.

I took the same list as the last game.

Frank took a similar list to our last game–well, basically the big commonality was the Iguana MP squad, which he is very enamored with.

I didn’t do a particularly good job of taking screenshots this game, so apologize in advance for that. My deployment was HC-3A and LHT-67 Assault on the left, the other two LHT’s on the right, and my GP infantry scattered all over my deployment zone. My Assassinate and Detailed Scan Targets were the Lizard Rider and Iguana CGL’s. Frank decided to assassinate my FLAIL CGL and LHT-67 AA.

Frank’s deployment was FS in the middle, Iguanas on his left, and Lizard riders on the right.

I won initiative and started by attempting to Haywire one of the Iguanas with my HC-3A and failing. I settled for Forward Observing one of the Lizard riders and then just LABM’ed it off the table. The other two caught in the blast rolled better than I did.

The FS squad then did a whopping SEVEN points of damage to my poor LHT-67 on the right from one lucky HRP hit (I rolled okay, then re-rolled and rolled AWFUL). The Iguanas rolled up and shotgunned the damaged LHT-67 off the table along with a base of Hoverbikes before I could do anything. I pushed my left side infantry forward and traded some shots with the Lizard riders with no damage taken.

My LHT-67 AA plinked a point off the King Cobra with its LATM and then it scooted back into safety.

Next round, my LHT-67 Assault Rotary Lasered two Iguanas and crippled them, and my other forces Detailed Scanned the Command Iguana then killed it while the Infantry traded ineffective fire and the FS squad kept raining indirect fire, killing another Hoverbike squad.

I finished off the remainder of the Iguanas with more Rotary Lazor pew pew, killed a base of Frank’s Lizard riders, and positioned myself to contest one of Frank’s Hold objectives while simultaneously getting Detailed Scan off. We decided to call it there, as Frank couldn’t kill enough to keep me from contesting one of his Hold Objectives, and I could pretty easily get my remaining assassinate objective. Essentially this became a

This was a lighter battle report, as Frank and I were just messing around testing mechanics, and I don’t have a lot of photos to share. A few things though:

We started assuming that Hoverbikes needed nerfing. I wasn’t sure that they needed it, and this might be too much of one? But it certainly tones them down to where it’s quite reasonable. I was already playing cagey with them, as they have usefulness even after they get Detailed Scan (getting Assassinate, for example), so I really don’t want to YOLO them in and lose them just to get an objective point. I’d much rather develop their position and exploit positional weaknesses over time. I was already doing that, this “nerf” forces me to. So in the grand scheme of things I think it’s fine.

As far as the Wipe Them Out objective and the fact that your opponent can deny you a point, it looks unbalanced. I’m still not entirely certain that FS squads are the mega death stars that people have been telling me they are–they seem to be able to delete 1.5 things a round. That’s a lot, but it takes a fair amount of work for that to happen, and I’m already incentivized to hide my tanks as they don’t have fast turrets. In any case, I’m of the opinion that making objective scoring more self-consistent and completely in your control (i.e. you can’t deny your opponent 1 point for Wipe Them Out by not taking FS) is good. I think that something needs to be done to weaken FS’s ability to help you score points, as the key issue seems to be that FS squads deny your opponent the ability to score. So if they both are good at denying points as well as scoring points, that’s too powerful.

Anyway, I think there’s some more thought to be put into it. Regarding the game itself, Frank definitely made a mistake in running his Command Iguana directly at me. He did kill a tank and a Hoverbike squad, but he delivered me two points and a CG kill without much effort on my part. He played much cagier with the Lizard squad, which kept them alive for much longer. I think using the MP squad as a screening force to protect his FS squad while they sat on the Hold objectives would have been a much more effective strategy.

Here’s some discussion from Frank and I:

Frank
i don’t agree with your evaluation on Wipe them Out, I think it’s current iteration is getting the one skill point w an FS squad in play is actually very easy. The difficult part is using your FS squad to control the battlefield and limit their scoring, which I think is the skill / difficulty equivalent of “score the second point”

*getting the one victory point

that’s just my difference of opinion / take, and i think it’s worth noting that you adam and me all come from pretty competitive infinity backgrounds where scoring 10points if at all possible is extremely important

even this season’s tournament point system is very nicely tuned to incentivize strong play and that falls in a long history of Infinity’s uber rigorous tournament and scoring mechanisms with Tournament points, objective points, and then victory surviving points being used to determine winner

Heavy gear doesn’t have that, for better or for worse, and so I’m not really sweating only scoring max-1 victory points. FS-only units see a confluence of amazing guns, great armor, and multiple actions all having a multiplicative effect rather than a linear one

my desire to just unga bunga another Iguana MP squad and brain fart about sensor range capping your ability to indirect fire meant my Drake and King Cobra we’re far less useful than they could’ve been in the opening rounds with a regular iguana in the mix to Target designate or FO, they could struck much harder, much earlier

Frank
so honestly i’m looking forward to playing with FS again, this time with a better list at 100 points to properly support them. like Tags, i think they need good support

WiseKensai
okay, let’s do it

and for what it’s worth, I agree with everything you’ve said. i wrote three battle reports today so by the time I got to ours my brain’s a little dead

Frank
and i think different FS units have different roles . A Naga is probably great for moving fast and flanking and probably does better on a 6×4 table whereas the Drake was chonk enough that i felt comfortable with him as massive threat anchor.

WiseKensai
Adam did that thing

Frank
yeah, my comments on the naga are in reference to that

and like, for all intents and purposes you and i are still pretty new players

i think that’s about it

WiseKensai
i thought about that, actually, the FO thing, and I think it wouldn’t have mattered all that much–you’d be getting +1d6 from FO, but -1d6 from being in suboptimal

WiseKensai
the outcome of the current rules is fine, i just find the implementation to be a little inelegant 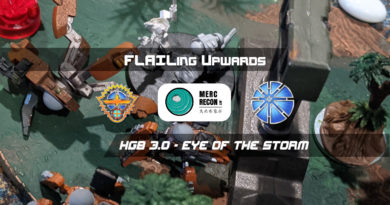 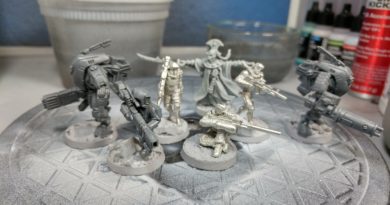 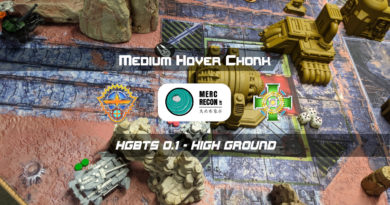 One thought on “Broken Bikes?”