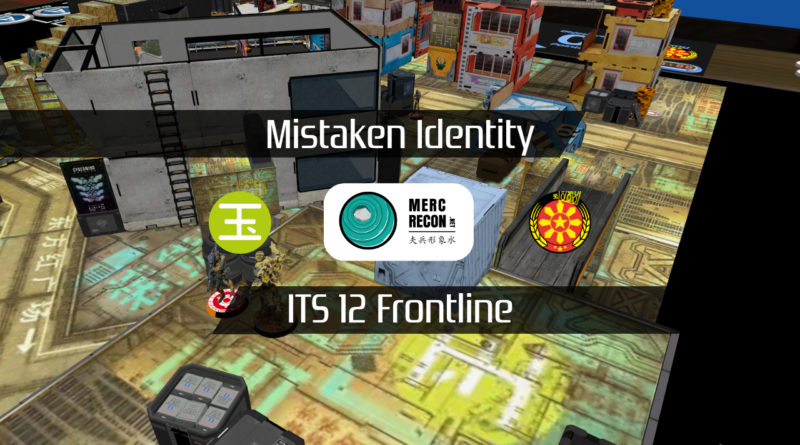 My buddy Dan of “the guy who has the 3D printer that Adam and I keep talking about on Late Night Wargames” fame wanted to get a game of Infinity in on Tabletop Simulator. This way he could learn how to play TTS in general, which will open up some possibilities for remote board gaming with our better halves! We both bought Pandemic Legacy: Season 0 and have been playing over Zoom with a camera pointing at our copy of the board and Dan and his lovely wife mirroring game state in their home.

I pulled in this reasonably simple Yu Jing board to make sure that things weren’t crazy. I think it’s a Whyrocknodie map, and it’s quite nice! If you want to follow along, here you go!

…so here we are. It’s got a bunch of random stuff in it. I did my best to set up for a guided missile situation, but I don’t think that was the best plan here. Definitely not a particularly serious list, lots to improve. I just threw it together for fun.

Dan’s Invincible Army list, on the other hand, is more focused. He’s got a pain train link and some helpful support troops. I fully expected a Liu Xing, but he surprised me with a Zencha.

Dan castled up his link on his right and then tried to hold the left side down with a single Zhanshi ML. He feinted a Daoying on the roof with a mine, and then feinted a Zhanshi Lieutenant on the ground behind a building. A single Hulang sat in the central building.

Dan usually has a Liu Xing and generally doesn’t hold a reserve, so I didn’t think too much about his reserve. I put a Guilang and a repeater up near his link, and then put Krit and a repeater in a place that would pin the Hulang. The Zhanying sat in the back to be safe, with the Daoying atop the place I wanted to castle the Blue Wolf. I figured I’d hide Tao Wu as a fake Zhanying Lt, on the same side as the link to be able to punish with his triple nanopulsars. The Warcor and the Son Bae were covering the Hulang’s exit from the building. I put my Hundun (which I’ve mislabeled as a Hulang) on a box to cover the approach path of the link.

This was a pretty terrible deployment. I think I should’ve just put everything on the left and had the Zhanshi ML be completely irrelevant. Krit and his repeater in the center were overextended, and I could’ve put the Guilang up there with a repeater on the roof, which would’ve been safe. The 4″ extra from full Infiltration would’ve allowed me to do this, which would’ve been really helpful. I could’ve put the Zhanying on the left to screen against the link, and then had Krit on the left with an E/M mine. So lots of options. Anyway, Dan surprised me by putting down a Zencha, and then I put down the Blue Wolf under the Daoying.

The Zencha starts things off by shooting Krit’s repeater. I dodge Krit in response, and I’m thinking that I might want to dodge Krit into view, but I’m not sure… so I chicken out and dodge away.

With the Repeater down, the Hulang threw out a Koala and the Zencha advanced on Krit’s position.

The Zencha popped up to take down Krit. I dodged instead of throwing out a repeater like I should’ve. That would’ve saved me a lot of trouble later. In any case the Zencha eats a false pulse and my missile bot misses its shot. Very sad.

Dan then spends the rest of his orders advancing his link into the central building. What I don’t realize is that the Hundun can see into the building through a door, because the texture of the floor is the same as that of the wall, so I just miss the fact that it’s a door from my vantage point. Dan climbs the Shang Ji HRL up onto the roof to take out the missile bot, and I reveal the Hundun to force him to split burst. It almost works, but we both roll horribly and nothing happens.

The next order sees Dan kill both the missile bot and the Hundun.

With that, his turn is over. I wish I had seen the shot on his link, that would’ve let me force a dodge or at least a link break, which would’ve helped immensely.

At some point in his turn, I had asked Dan how many Lieutenant orders he had in his initial pool, to which he replied “one.” This meant to me that there was only one lieutenant possibility, the lone Zhanshi, which he had moved up on its own. I was a little confused by this, but I went with it. I landed the Liu Xing on top of his Zhanshi ML, but the Zhanshi ML passed her ARM save against my superhero landing.

Sigh. Well, I just scooted back to get out of dodge range and shot the Zhanshi, killing it.

Now to kill Dan’s Lieutenant. This proved to be easy, and I shocked the “Zhanshi Lt” off the table.

The Zencha was faced the wrong way, so I threw some AP fire into it’s butt. It was out of 16″ so I wasn’t on the best dice, so I wasn’t able to force enough ARM saves to do any damage.

Dan failed guts to get the Zencha into cover, daring me to fight his panzerfaust on 13s versus my MULTI Rifle shots on -9. I didn’t bother and spent my Lieutenant orders getting behind the Zencha and shotgunned it off the table.

I use the Blue Wolf’s tac aware order to try and take out the Zuyong HMG in the doorway. We both roll crits so nothing happens. I flip another order, and Dan crits again. Sigh.

The Blue Wolf fails guts back into cover and I’m out of orders.

Dan informs me that he has two lieutenant orders now, meaning he’s not in loss of lieutenant! BOOO! An honest mistake, but a very frustrating turn of events as I would’ve tried to kill his Daoying with the Liu Xing instead of going after the Zhanshis. Dan hasn’t played or been really engaged with Infinity since the beginning of 2020 due to the pandemic, so he as confused by the “Lieutenant +1 order” option, as he only really looked at the Daoying profile for his lieuteant and thought it was just CB’s way of calling out the Lieutenant order.

Certainly not the most convenient time to discover this! In any case, the link starts moving and guns down the Warcor with the Zuyong’s HMG.

I had put the Liu Xing prone on the roof, but apparently there’s enough of a sliver of him visible to see him from the ground so I lose him to the Zuyong HMG as well. I gotta be more careful!

Next the Hulang comes in and tries to spec-fire some E/M grenades onto my Daoying, eventually critting her. Now that she’s isolated and can’t hack him, I lose her to some SMG fire.

Well, now I’m in loss of lieutenant when Dan was supposed to be last turn! Bah humbug. Time to make the best of it. I take some shots at the Zuyong HMG still in the doorway and accomplish nothing over two orders. Dan’s dice are on fire!

I move the Zhanying forward and Oblivion Dan’s Hulang, and then scoot the Guilang forward a bit to get closer to the far zone.

Dan’s Hulang fails to kill the Zhanying with its one order, and I fail guts under the bridge. The Zuyong HMG pops out and crits the Zhanying down, then sets up in suppression covering the Blue Wolf from the middle zone.

Dan runs his Daoying forward and scurries into a covered awning area and dares me to come dig it out.

The Blue Wolf, thanks to the +1″ dodge, manages to dodge into the near zone and out point the Hulang. I had missed the +1″ at the beginning of the turn when I did this, but after some good natured ribbing from Dan he graciously let me scoot over the line.

With Dan only in the middle zone, it’s a

Well that was a pretty sloppy game from me. Lots of mistakes at deployment, and lots of mistakes in placement during the game. I managed to recover from some pretty horrible turns though. N4 dodges are really strong! Here’s the post-game discussion:

It’s worth noting that the Liu Xing’s explode can’t take the Daoying out of camo, but it’s still pretty likely that I’d have killed it. I’d also like to point out that I placed Krit first, and that dictated the rest of my deployment. If I had placed the Guilang first, it’s possible this game would’ve been very different. It’s easy to get locked into a plan, especially since we can all be in a rush in deployment, so make sure to give yourself a chance to reconsider when you’re doing these sorts of things.

This time, unlike my recent games, I had a perfectly reasonable turn 2, because I was in Loss of Lieutenant and had to play appropriately. Well. I want to try a variant of my list again… and it’s clear that IA is very, very strong in N4. There were so many silly mistakes this game it’s hard to really extract super meaningful lessons, but if I had to distill it to one word, I’d say “positioning.” I had bad positioning and got punished pretty hard. Thanks for reading! 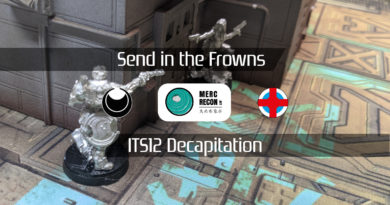 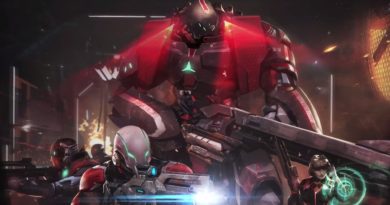 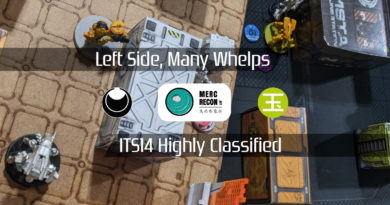 Left Side, Many Whelps

One thought on “Mistaken Identity”