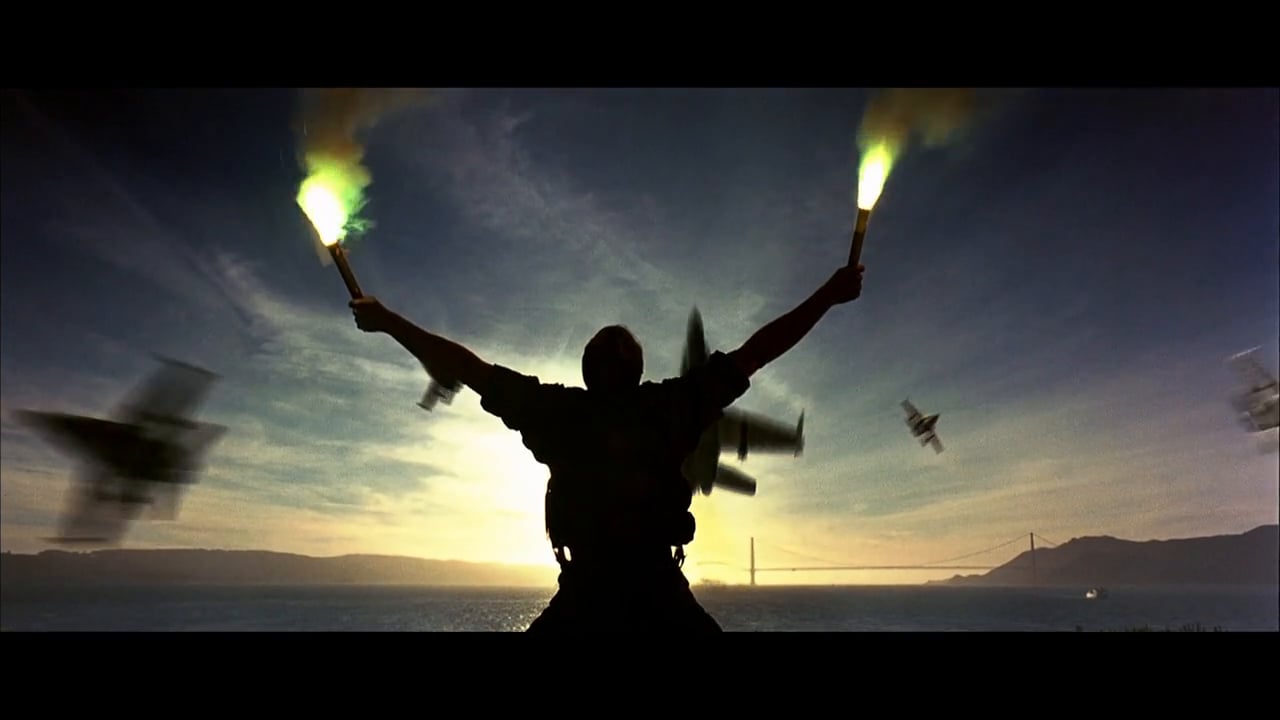 So, I was having lunch with some old friends, and The Rock came up in conversation.  If you haven’t seen the movie, you should, it actually holds up fairly well (I am very biased). Here’s a brief synopsis: General Hummel, frustrated with the treatment of soldiers under his command, steals a bunch of VX-2 chemical warfare munitions from a military depot. He then uses these munitions to hold the city of San Francisco hostage to get the US government to pay his small team of Force Recon Marines (now gone rogue) and the families of KIA soldiers. Hummel’s base of operations? Alcatraz! Hence the movie’s title. Dr. Stanley Goodspeed (Nicholas Cage), SAS Captain John Mason (Sean Connery), and a bunch of Navy SEALs are inserted to disable the munitions and take out Hummel and his forces. The main hook is Goodspeed is a chemical weapons expert, and Mason used to be incarcerated in Alcatraz, hence them tagging along. Of course, horrible things happen and Nick Cage and Sean Connery have to go HAM and save the day.

As we are all wont to do, I list-build during breaks at work to relax, which got me thinking: What if the movie was an Infinity scenario?  Without further ado, here are the lists!

Obviously Mason had to be McMurrogh, and Goodspeed needed Scavenge, hence the Bandit. This also has the nice thematic element that they’re both irregular. For this scenario, Intruders have the rule Fireteam: Core. To get around the weirdness of camo and fireteams, the fireteam shares the same camo state. If one model drops out of camo, they all do. This also means they all have to be hidden to re-camo. This is probably super OP, and I haven’t actually tried this out.

USARF is ridiculous. Van Zant should start on the table for thematic reasons too.

I haven’t played this, and I doubt most people have 19 USARF grunts ready to go, much less 5 intruders…so… proxy away. I’d be curious to hear how it’s balanced, if anyone tries it. Hopefully it’s fun and… kinda balanced?