My phone melted itself. No photos this time. This was a practice game for September to Dismember.

This table was really strange. The left side of the table was wide open, but the right side had a tiny gap between the two quadrants, barely enough for a 55mm base to slip through. He set up his Fugazi across edge of his deployment zone and castled his link team behind a small building on my left. Switch masqueraded as a Aquila Guard nearby, prone behind some terrain. His machinist tucked himself behind a building in the middle. The rest of his forces came down on my right, preparing to charge through the gap, save one CSU, which guarded the link team’s flank.

I have my Jaguar on the left, in case he tries to roll his link team up, backed up by a Morlock. The Bandit anchors the left along with my Tsyklon. Pretty much everything else goes on the right, trying to lock down the small gap between quadrants. I deploy the Intruder up top on a catwalk, prone on the right.

He gets the far right zone and I roll the close right zone, from my perspective.

He baits a reveal out of my Zero AHD with a Fugazi and passes his BTS roll against my Oblivion. Switch Redrums my Zero. This is not good. His Uhlan and TR bot blast away at my warbands and Gecko through the gap on the right. Unable to make headway, he brings charges a CSU through the gap and tries to shotgun down my Krakot. I out dice it with grenades as we trade fire, eventually dropping it. Talk about lucky rolls!

I chuck smoke with my Morlock for my Intruder, sacrificing the Morlock to get a Normal roll. The Krakot goes down trying to advance to cover the gap with his chain rifles. The Morlock on the left fails to take out the Fugazi on the left, the middle one having gone down to AROs in the first turn. The right one is lurking on my right flank, which will become relevant later. I spend way too many orders trying to drop the TR bot with the Intruder through the smoke. I spend 3 orders and rack up 8 ARM rolls on the TR bot, but he passes. them. all. I need to break the link and develop my board, so my Intruder drops the ML Fusilier and I roll the Lunokhod and Tsyklon up. With my last orders, I scoot the Gecko up and throw it into suppression.

The Uhlan drops my Intruder with surprise shot. I should’ve dropped him prone! The Uhlan trades some more fire with my Lunokhod and Gecko, but I manage to land a few ineffectual shotgun shots. I am just passing ARM saves like crazy, as is he. With his last order, he throws the Uhlan into suppression but my Lunokhod takes a free shot and forces a guts check, breaking him out of suppression. Success!

I roll the Tsyklon up a building and dismantle his right (my left) flank, wrecking the link and taking out the CSU there. I attempt to land pitchers near the Uhlan and the TR bot, but flub both rolls even with X-Visor, draining me of pitchers. I attempt to get the Lunokhod into place but the Uhlan drops it. I shuffle the Gecko up the field and get it into cover, throw it into suppression, and use the Bandit’s irregular order to move her into base to base with an objective.

We’re still tied up, 4-4, since we’re both dominating our respective quadrants on either side of the gap, but my Bandit flips the zone so that he needs to get his Uhlan through the gap onto my side!

He poured as much fire as he could through the gap, taking everything out except the Gecko, my Interventor, and my Bandit. He even shot down the Tsyklon across the board. His final gambit was to recamo and back the Uhlan up to outside of 24″ from my Gecko in suppression, and surprise shot me with a Feuerbach. I respond by breaking suppression, but whiff my Blitzen. I just pass ARM saves for something like 3-4 orders. With his last orders, he rolls the Fugazi on the right up to my Gecko, who now only has 1 STR left, surviving my chain-colt shot. He’s got two orders left to try and possess the Gecko, but he I reset through the first attempt and pass my BTS rolls on the second.

His Uhlan’s in his DZ, and I’ve got a Gecko with 1 STR left sitting in my zone, but with a repeater covering it. I break cover with my Interventor and shoot the Fugazi, spending my Lt order to spotlight it for my classified. 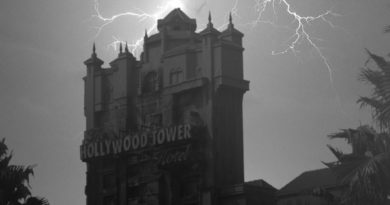 Lightning on the Tower of Terror 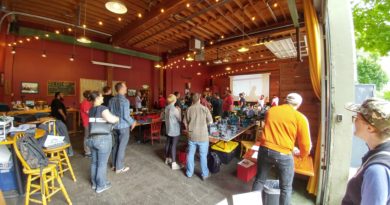 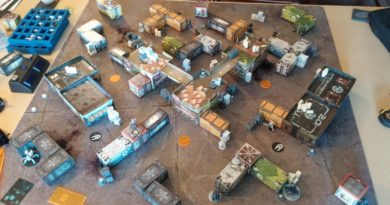