One of the common questions when starting Infinity is “What faction/sectorial” should I start with? The good news is that there’s no right answer other than “Whatever you think will be fun to play and paint!”

As someone who enjoys painting but doesn’t have a ton of time to paint, I’ve learned that it is very important (at least for me) to pick models that I will enjoy painting, not just playing. There’s nothing quite like the satisfaction of pushing models you painted around the table to victory, but first you have to paint them! If you’re just going for the “best” faction, regardless of how they look, be prepared to not be very excited to paint them. You want to set yourself up for success and enjoyment in your hobby! 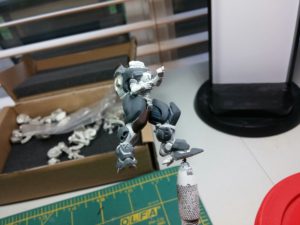 Damn thing has been unfinished for years. Just keep getting distracted…

The follow up question after people decide what faction to play is usually some variant of “Vanilla or Sectorial?” The answer, like the answer to most things in life is: “it depends.” Personally, I think Vanilla is the way to start Infinity, but there are many compelling reasons to start Infinity playing a sectorial. In fact, I actually started with the Corregidor sectorial. My big mistake was stubbornly sticking with Corregidor when I felt like I had stagnated in my development as a player. I guess if you take nothing else from this post, my point could be summed up as:

Start Infinity with whatever faction you want, vanilla or sectorial, but branch out into the opposite of your choice after a few games to better understand the pros and cons of both.

Of course, a huge caveat: I’m by no means a top-tier tournament player, or even a good player. These are just some observations I’ve picked up over my time playing the game and shooting the shit with other Infinity players. I also started as a Corregidor player, so I’ll be writing most of this from that perspective. ZONDCAT! 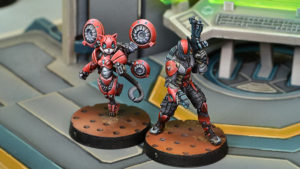 The key difference in rules between Vanilla and Sectorials is whether or not you can take advantage of the Fireteam rules. There are a few edge cases in the Human Sphere: N3 era:

As far as list building is concerned, the main differences between vanilla and sectorials are related to the Available Model Pool:

I’ll break up the rest of this article into a discussion of these two main points: Fireteams and Available Model Pool. 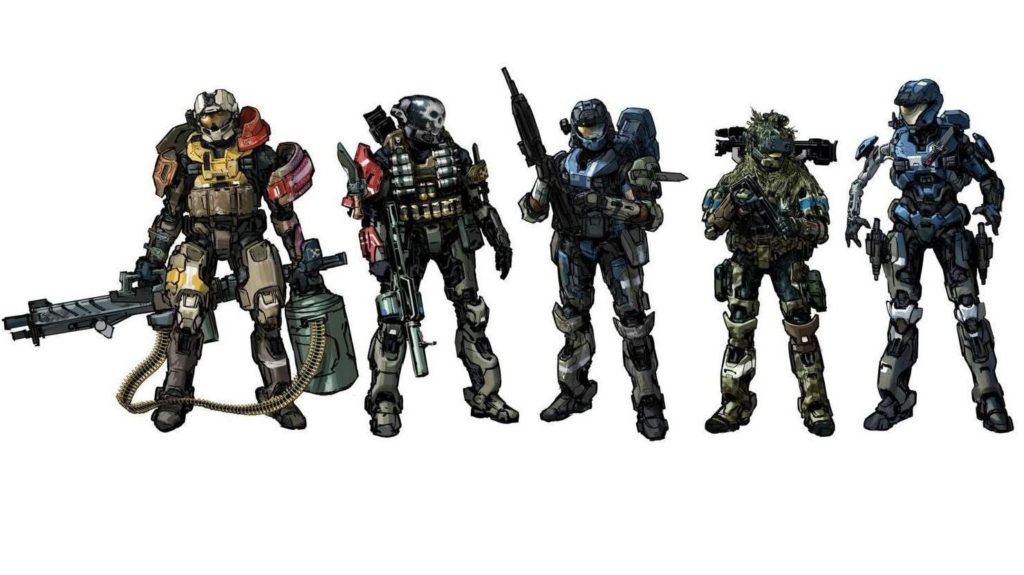 Infinity is a game of positioning. You want to have your guys locking down all fire lanes, covering all angles, and generally be able to shove a rifle barrel/missile launcher tube/covenant plasma sword (err.. wrong game) into the face of any enemy model that pokes its ugly head (or alien/robot equivalent) out from behind cover. Most troops are armed with a rifle or shotgun, so they generally want to be mid-ranged to their enemies, which means they want to be near the midfield of the Infinity board. Moving them into the midfield, unless they start there due to some special rule, costs orders, usually on a 1 to 1 basis.

Fireteams improve on this by letting you move multiple models per order.

This is very efficient, because instead of moving 1 model once per order, you can move up to 5 models per order. Those models also generate 5 orders, so you could move 5 models 5 times! As if that wasn’t awesome enough, more models in a fireteam grant additional benefits:

Now, all of these things sound awesome and are awesome. You get order/movement efficiency, and you get sweet bonuses to shooting and other cool perks.  The +1 Burst isn’t as cool as it used to be, though, with the N3 changes to Suppressive Fire. Now a single model can have burst 3 in the reactive turn and give a -3 BS penalty to its attacker. It’s not better, just different, just like Sectorials versus Vanilla. Link teams, like every good tool, are useful and powerful when employed correctly.

What’s the downside? Well, there are a few. You have to stay within the fireteam leader’s zone of control and if anything bad happens to the team leader or you lose enough team members, the party is over. This is all well and good, but the real downsides (I think) are as follows:

could conceivably kill all of this:

The dice would have to be in your favor, and/or you’d have to land that stun grenade first, but it’s not impossible. It’s something to think about, especially when positioning/moving your expensive link team. 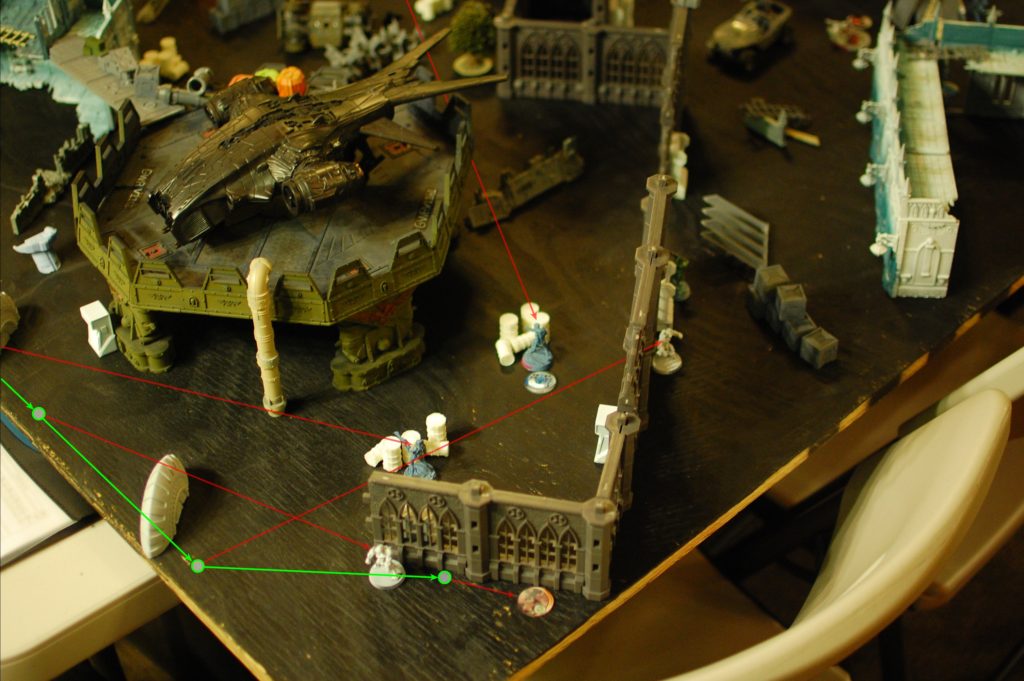 Careful insertion of an Airborne Deployment trooper (path in green) can dismantle a link team (kill shots in red). My opponent here had 3 snipers covering an area. I took one out with counter-sniper fire, another fell to rifle fire, and I stayed out of LoS of the third (right above the rightmost casualty). 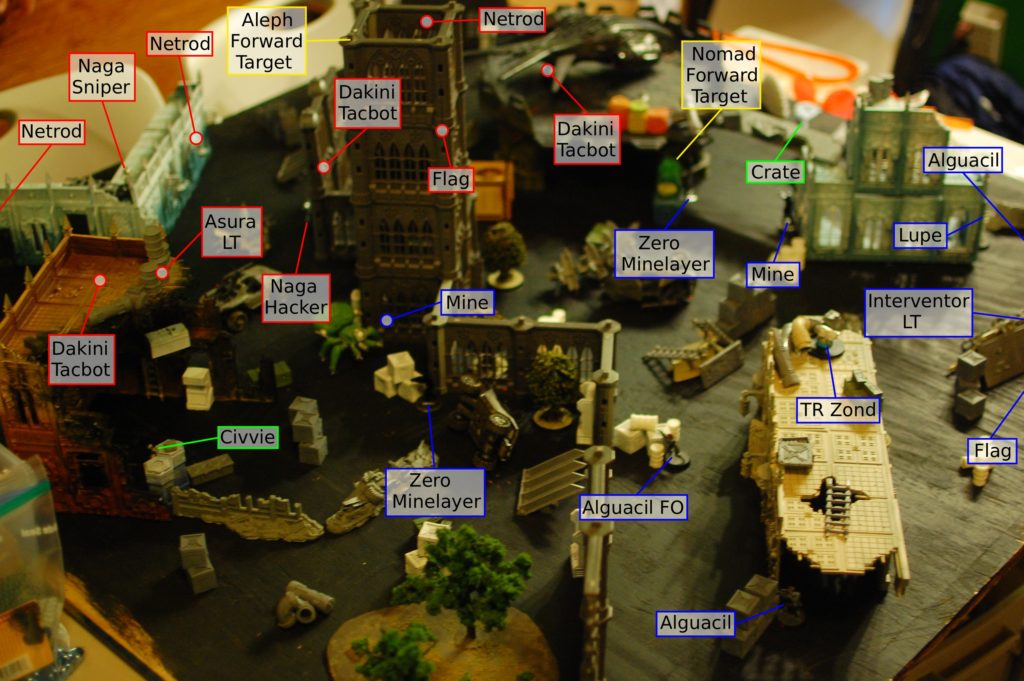 Here’s an example Vanilla deployment. It’s not perfect, but it does illustrate the coverage you can get by not having to bunch things up in 8″ bubbles.  The big takeaway is that you get to choose your placement and take advantage of the terrain as opposed to having the terrain choose your link team placement for you. If that makes any sense.

This ARO turtle will pretty effectively blow anything it sees up, but it can’t see all the board all the time, and it rapidly loses its effectiveness once it starts losing members and forfeits the +3 BS bonus.

Here’s that Mobile Brigada Pain Train from before:

It’s very good at blowing stuff up, killing things, and generally being a mailed fist of your righteous fury made manifest on the tabletop.  It can also accomplish some objectives or hack something in a pinch. It isn’t going to be doctoring anything, engineering anything, or my personal favorite trick:

Blowing a hole in a wall behind your opponent’s troops, sneaking through, and lighting them all on fire. Conversely, if I took this link:

I’ve got a very flexible link team that can accomplish many different tasks, but they’re slower, somewhat less lethal, and more fragile than an HI pain train. Basically, link teams force you to make a big point investment on a single type of unit, which limits your tactical options.

Sectorials are themed armies within a themed army. To “balance” the power of link teams, Sectorials simply can’t take some troops available in the vanilla faction, further limiting their tactical toolset. This is a subject that will quickly devolve into a list building exercise, so I will refrain from doing that.

I’ll provide a single motivating example that will hopefully get my point across. Here’s a list of available units with Airborne Deployment (ignoring a few profiles, specifically Carlota and the Zondcat options):

Edit: Thanks to ElricOfGrans for pointing out that the Meteor Zond isn’t available to Corregidor.

All of the above

Now, this isn’t to say that Bakunin sucks because it only has 1 AD unit. Far from it. It’s just to illustrate that you don’t really have a wide range of Airborne deployment options with Bakunin, and both you and your opponent know that. Bakunin has plenty of other strengths: ODD link teams, access to Hacking Device+, the cheap, flexible Zero infiltrators, etc. Bakunin simply has different tools.

For example, in Corregidor, I might drop this fellow in your backfield

and then proceed to mow all your guys down from behind. Bakunin simply has a different tool for that job, like this guy:

He prowls around (eh? eh?) and takes out your units, one by one from the relative safety of camouflage. In Vanilla, I could do both things.

The Hellcat has the benefit of being able to find the perfect angle to get an uncontested shot off, but has to pass a PH roll to land safely where you intended. The enemy can always hack your transport airplane to make this harder, which is sad for you. Definitely have had my Hellcat fail a roll, disperse and land in the open in front of a link team full of D.E.P.s and Molotoks. He did not pass Go, Collect $200, kill anything, or survive. It’s a tradeoff. The Prowler starts in the midfield, doesn’t have to pass any rolls to do so (unless you try to put him over the centerline), and is an immediate threat that your opponent has to deal with. Enemy troops will likely be facing him and can shoot back, but they won’t “see him coming” unless they have MSV.

Every faction has at least one tool to get any job done. It may not be the best tool, in fact it might be pretty damn janky, but there will be a complementing area of strength you can draw upon to shore up a faction’s weakness.

There are plenty of other examples that could be cited here, and I encourage you, dear reader, to play with Infinity Army and explore the tradeoffs for yourself, especially those of your opponents’ armies!

There is a flip side to the limited model pool:

I’ve seen a lot of advocacy based around some variant of these themes, and I absolutely agree, especially with the theme and narrative based arguments. I chose Corregidor because the backstory is awesome! Just don’t let yourself get stuck in a sectorial for theme alone, there’s a lot of flexibility available in vanilla that’s worth a try.

TL;DR: You’ve read this far, and it can all be summed up in less than a paragraph by the guy who taught me Infinity:

Sectorial is a trap I keep getting suckered into. Fireteams are good, but big and unwieldy, you also lose a lot of the toolbox flexibility of vanilla. 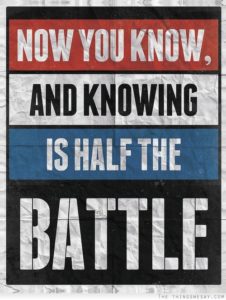 Like most other things in Infinity, playing a Sectorial versus Vanilla isn’t better, it’s just different. You’re not going to handicap yourself by starting with one or the other, just keep in mind that the bad comes with the good. Keep playing and learning from your mistakes and successes. Your opponents will learn and adapt to your playstyle, so change it up! You can always switch from a sectorial to vanilla if you want to try out some cool new unit from another sectorial. Conversely, if you have a pile of Nomad Wildcats and you play vanilla (for example), try linking them in Corregidor and toast all the Tohaa artichokes with your flamethrowers.

If you love theme and Sectorials appeal to you for that reason, there’s plenty of theme-appropriate reasons why your vanilla faction might assemble a mixed force to accomplish a high-priority objective. Bottom line, play Infinity how you want to, but keep an open mind to other ways of playing. What I’ve said is by no means an exhaustive analysis, and I’m sure my thoughts and opinions (that’s what this is, a long opinion piece) will change as I continue to play and mature as an Infinity player. Thanks for reading!