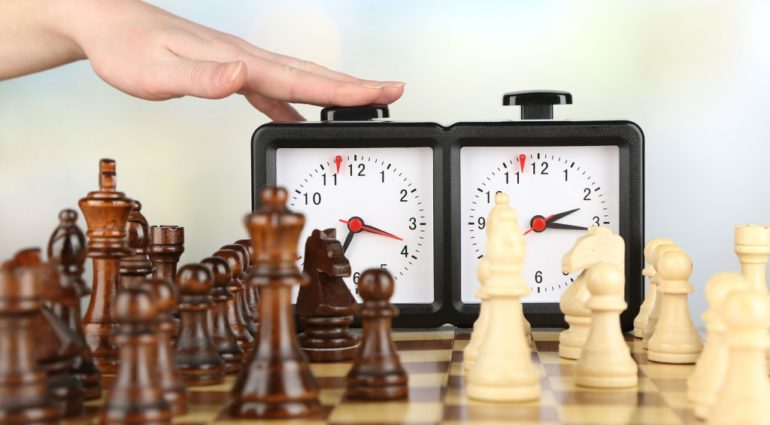 Well, this game wasn’t supposed to happen. While game night was happening, I was supposed to be flying over the Atlantic on a work trip, but my plane out of Portland was delayed 3 hours. I had a 1 hour layover. For a flight that only happens once a day. Thankfully, they let me scurry off the plane after being stuck on it for 2 hours to try again 24 hours later. I was lucky, the folks in the row behind me were looking at a restless night in the airport with a “meal voucher and blanket” before they could fly out again the following morning. The better half was working late, so I snuck in the second fastest game of Infinity I’ve ever played in my life with Than, whose scheduled opponent was running late for their game. I was home in time for dinner and a restful night of sleep in my own bed! Thanks to Than for a really fun game of speed chess. That’s what it felt like–there was a clear move each time and it was just go go go and roll the dice. Pretty fantastic!

Than set up a Gao Rael Spitfire on his left in cover, poking out, backed up by a Makaul and a Sakiel Lt with Viral Combi. A second, backup triad went on the right, with two Kaeltar and a Makaul. He sneakily put a Clipsos on his left as well, and then plunked a Diplomat in the open on his right to gum up the works when it was my turn. The Sakiel and the Gao Rael had a SymbioMate and SymbioBomb each. UGH. 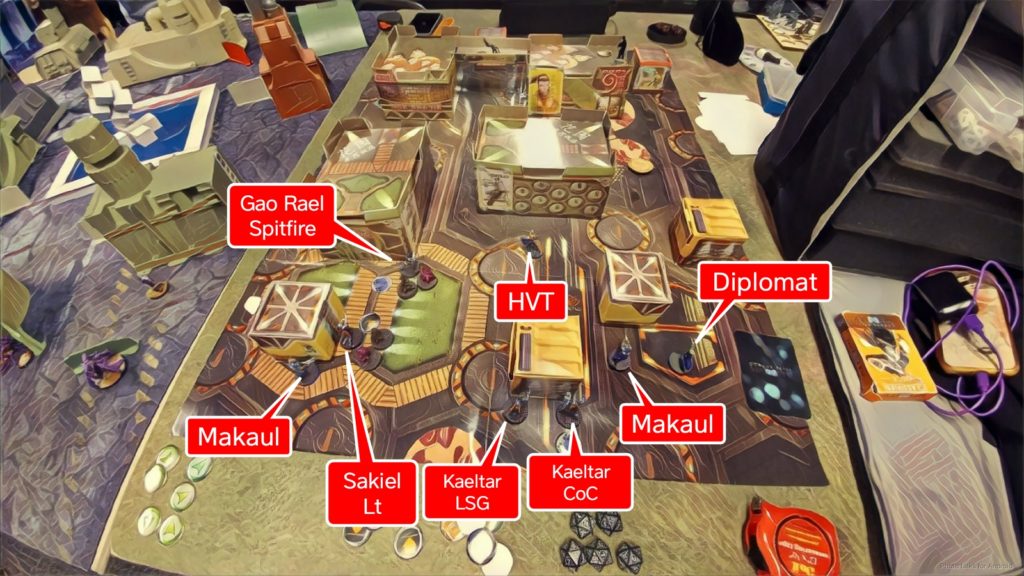 I deployed a Moran right at the edge of the exclusion zone, with Koalas within 8″ of the objectives. My HVT went all the way on the right, and then I put a Wildcat HRL, a Wildcat AHD, and a Transductor watching the Gao Rael. 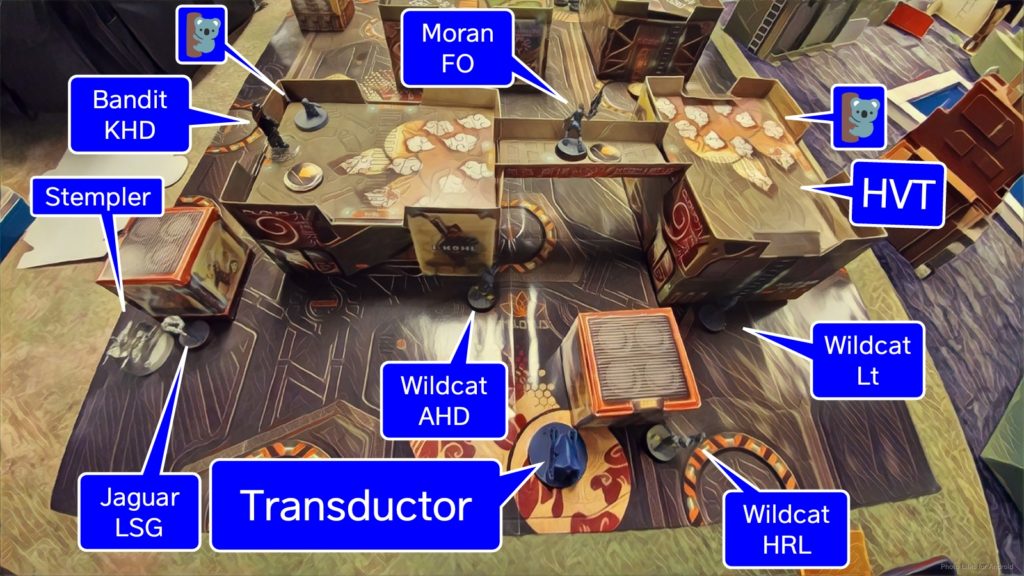 My left side was made up of a Stempler and a Jaguar LSG to give it some smoke cover against the Diplomat (which was Than’s reserve) if necessary. I plunked my Bandit down prone on a roof to protect it and to get it in position to back up my left if anything went wrong. I would’ve put it on the right but the buildings over there had bad ladder positions.

Than had two Triads active in this game, which is technically illegal in Recon+ but we were going fast and we didn’t notice. Than starts off by activating the Gao Rael’s triad and proves that his bad dice luck is gone, basically. He splits burst, 3 against the HRL and one each for the AHD and Transductor. He hits all three even though my Wildcats are on burst two. Thankfully I pass ARM on the AHD and Transductor, and fail guts with the AHD to protect it. Than takes another order to mow down the Transductor, and then it’s all about objectives for him. 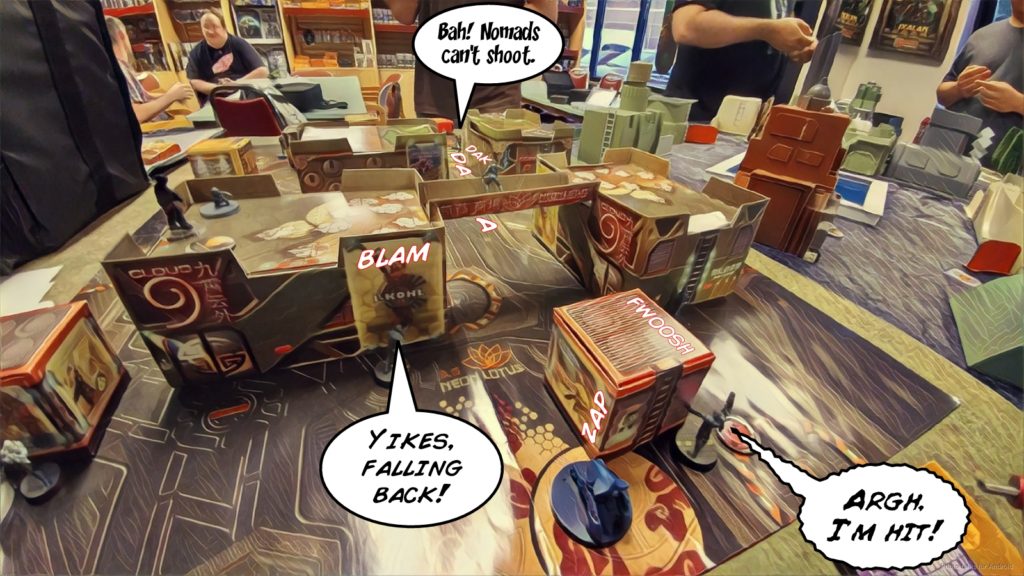 The Sakiel pops out to Viral down my poor little Koala, who passes 5/6 BTS saves against two successful hits. 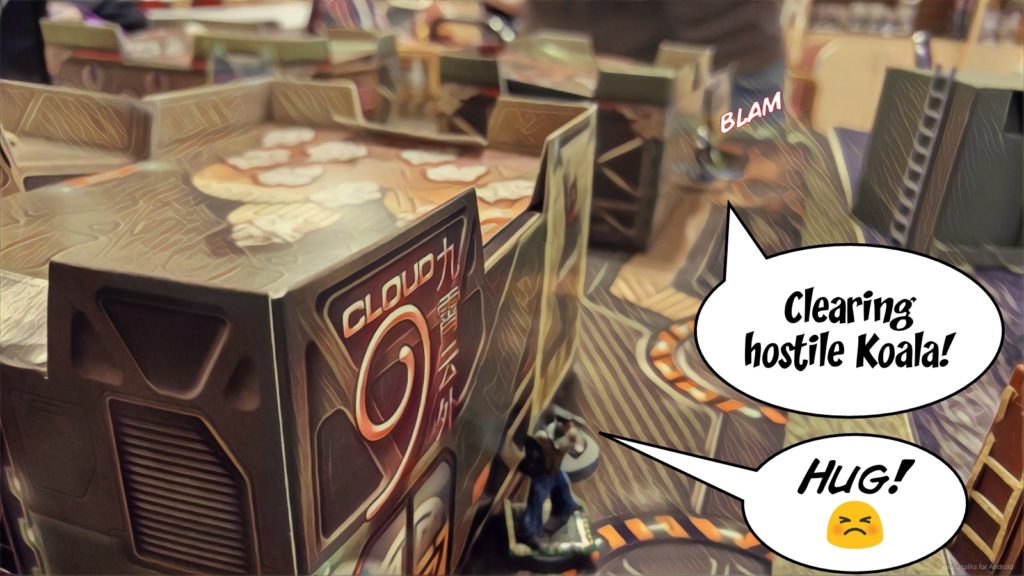 Now that the way is clear, Than reveals a Clipsos that grabs the right objective and retreats back around the corner of a nearby building. He then activates his Kaeltar triad, sacrificing the Makaul to my remaining Koala. 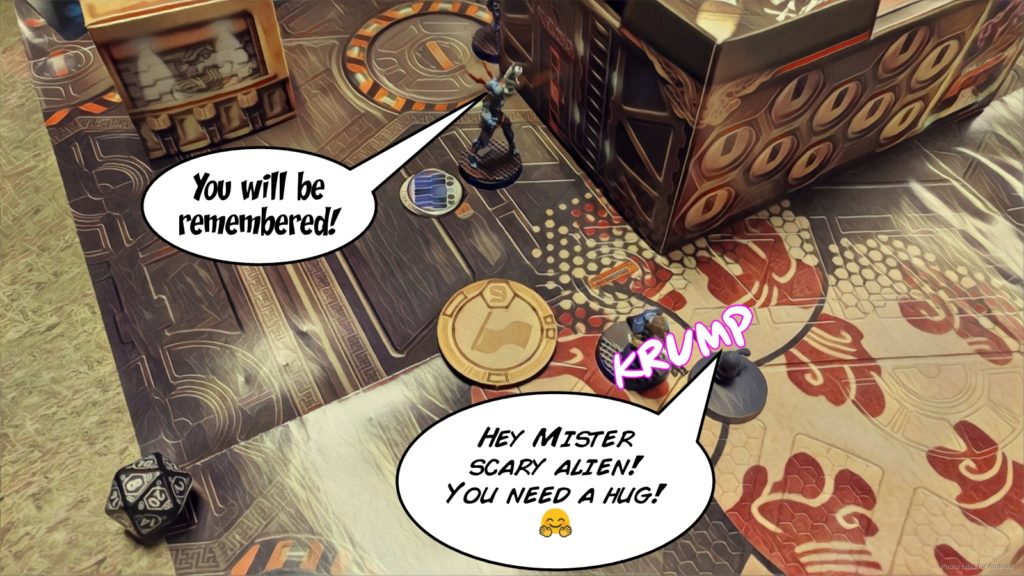 This lets him grab the left objective as well, and retreat a few paces before passing the turn.

Than left both Kaeltar out to ARO me on the left, which means a coordinated order between the Stempler and the Jaguar LSG is enough to put a shotgun template over them and two combi shots into the objective-carrying Kaeltar. 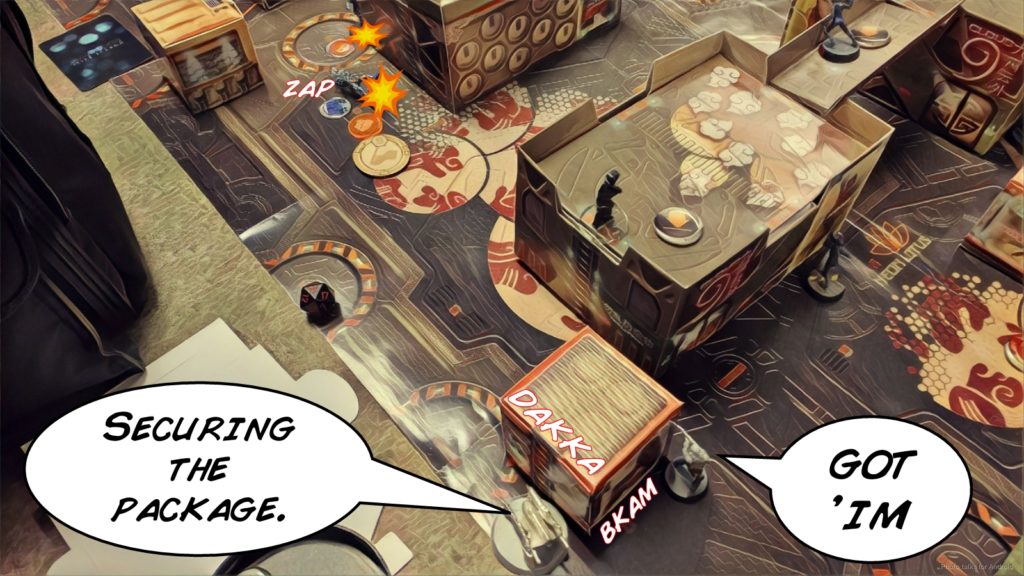 Everyone, including the Tohaa Diplomat, AROed against the Jaguar, who won the face offs and shrugged off the Diplomat’s flash pulse. I then sneak the Stempler in to grab the package from the downed Kaeltar. 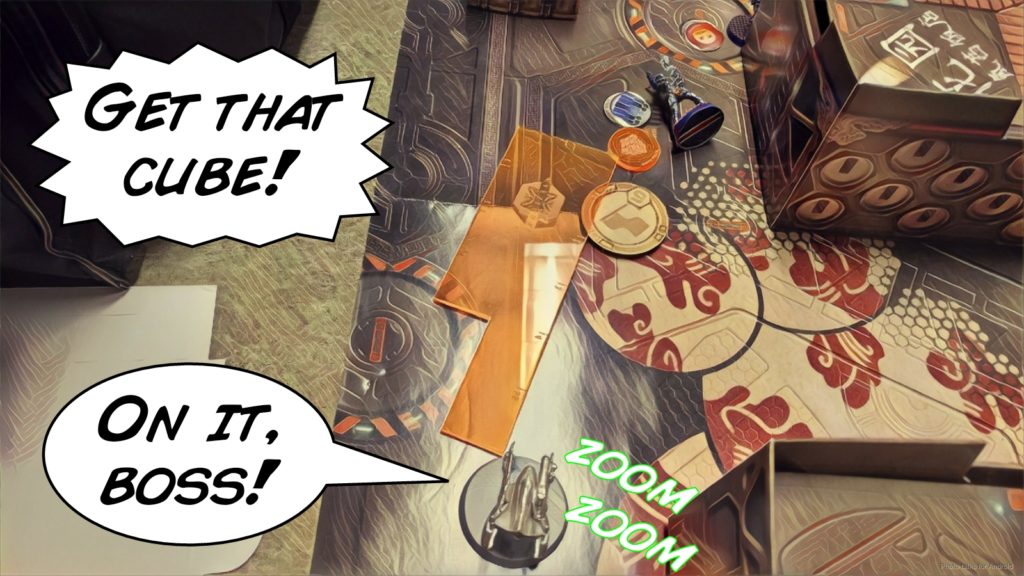 I spend my Lt order dropping the Clipsos with my Wildcat (that BS 13 is glorious!), and then tuck her back into safety. 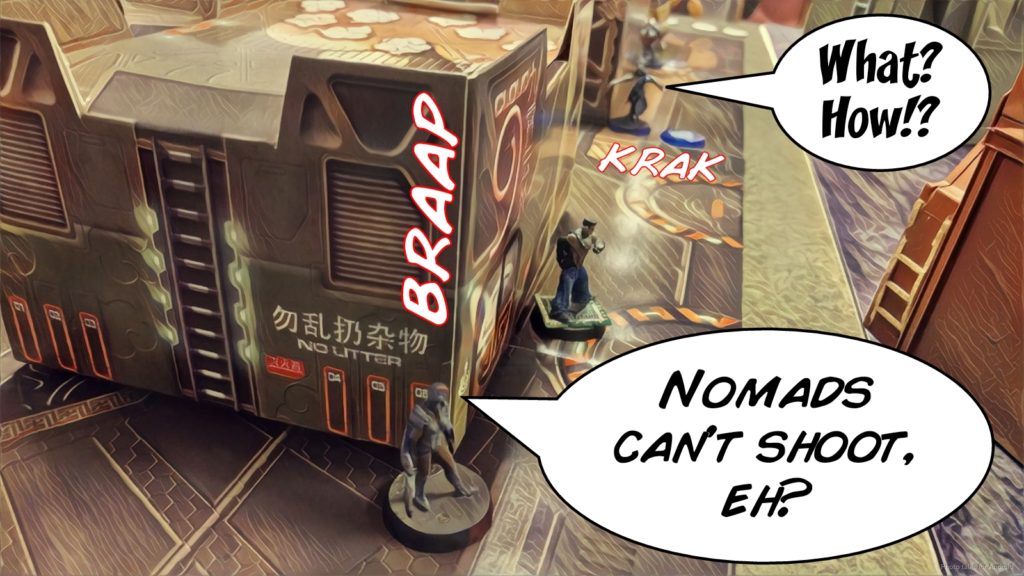 I move my Stempler away, but Than remembers that the Diplomat has a pistol and knocks it out from extreme range. 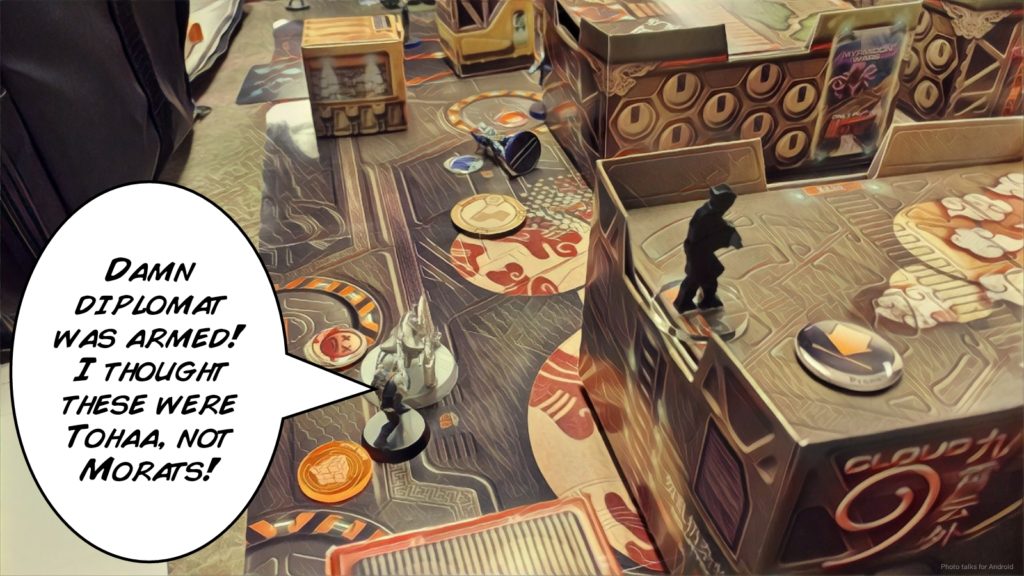 My Jaguar manages to get into base to base to grab the package and then I have to pass the turn.

After getting some free movement with his Makaul’s impetuous order, Than moves his Gao Rael triad up and tries to drop my Jaguar. I roll like a boss and manage to dodge out of LoF. 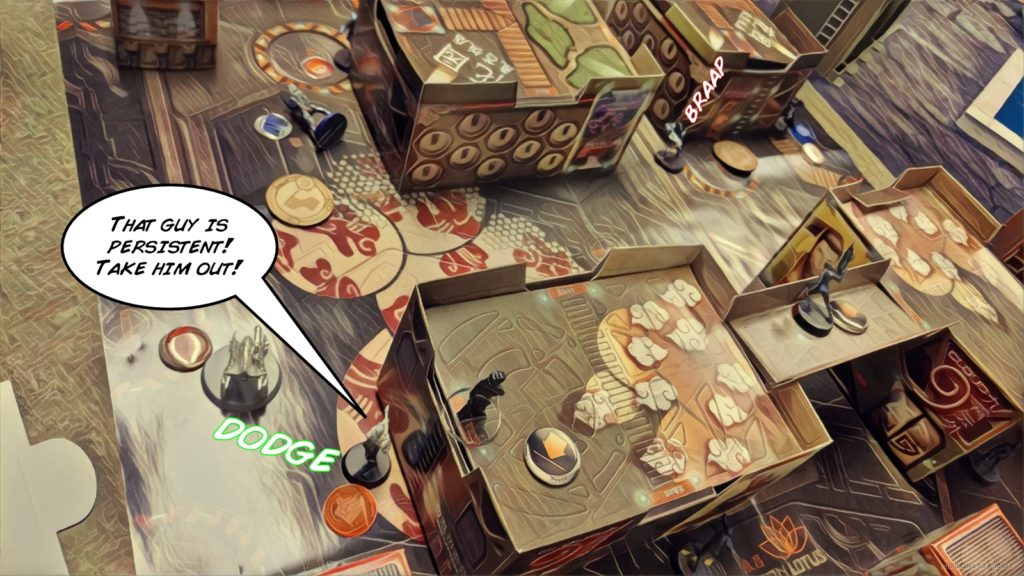 His order pool pretty depleted, Than settles for grabbing his objective from his downed Clipsos with his Sakiel, who just books it back to his deployment zone. The lone Makaul advanced, ready to push my flank on Than’s next turn. 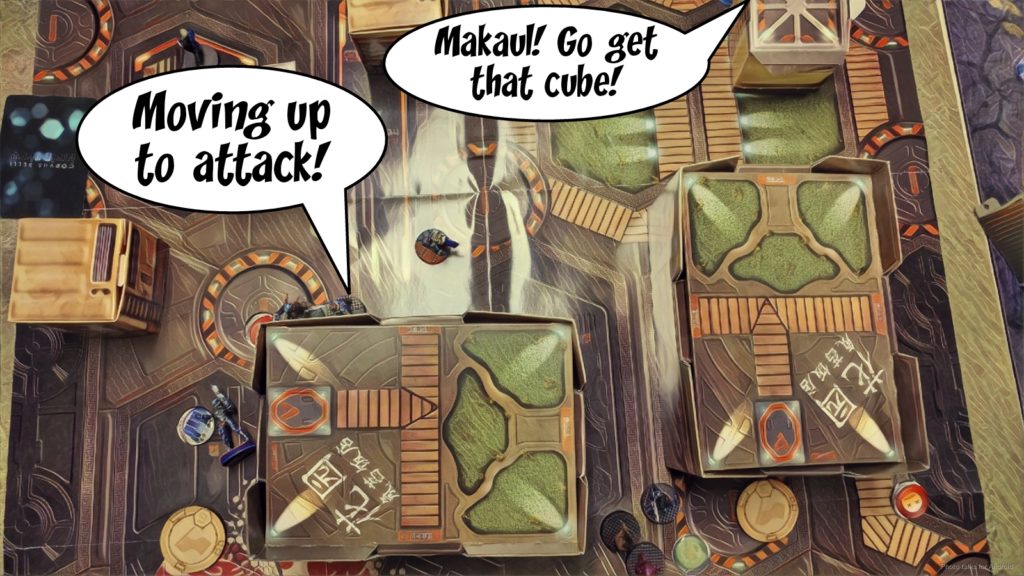 His last order is spent throwing the Gao Rael into suppression to speedbump any attempt to get into his backfield.

I decline to use the Jaguar’s Frenzy order, and instead retreat him to “safety.” I surprise-shot ADHL clear the Gao Rael’s Symbiomate.

This frees me to coordinate an order with both remaining Wildcats and my Moran, who manage to take out the Gao Rael in one order. 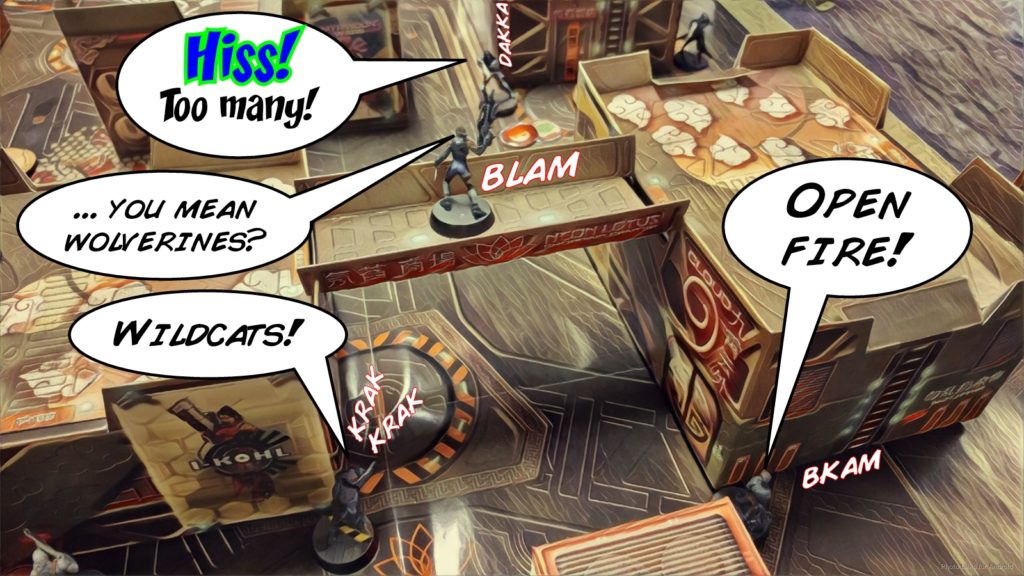 I need to do some more damage to Than’s order pool, so the best I can do is throw my Wildcat AHD out into the open and gun down the Diplomat. Hopefully he’s enough of a speedbump for the Makaul that I know is coming around the corner. 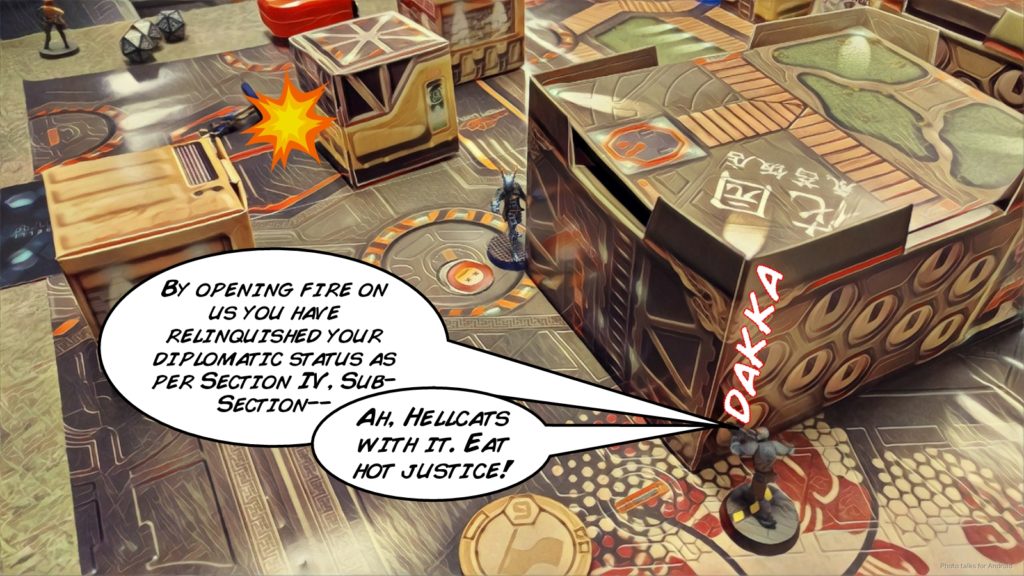 I pass the turn and hope for the best.

Than’s got two regular, an irregular, and an impetuous order left. He spends the impetuous one coming around the corner, and we have a flamethrower fight. He wins, shrugging off the Wildcat’s LFT while I lose my Wildcat. 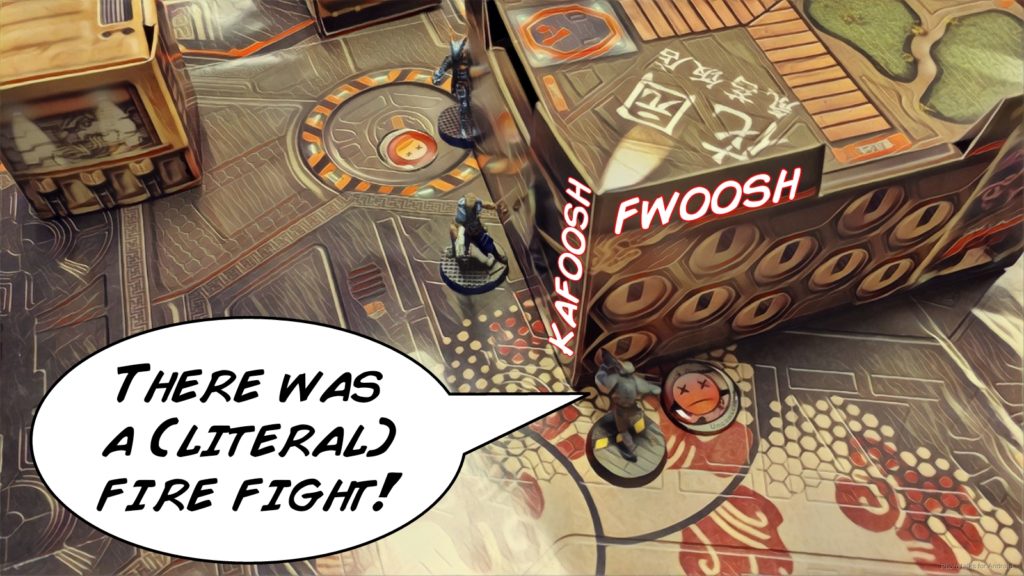 The last two orders put the Makaul around the corner from my Jaguar. I dodge, but he pistols my Jaguar off the table.

I try to take out the Makaul with my Lieutenant, but he beats my combi with smoke, so I send in the Bandit. Cereal Killer shotguns him in the back. 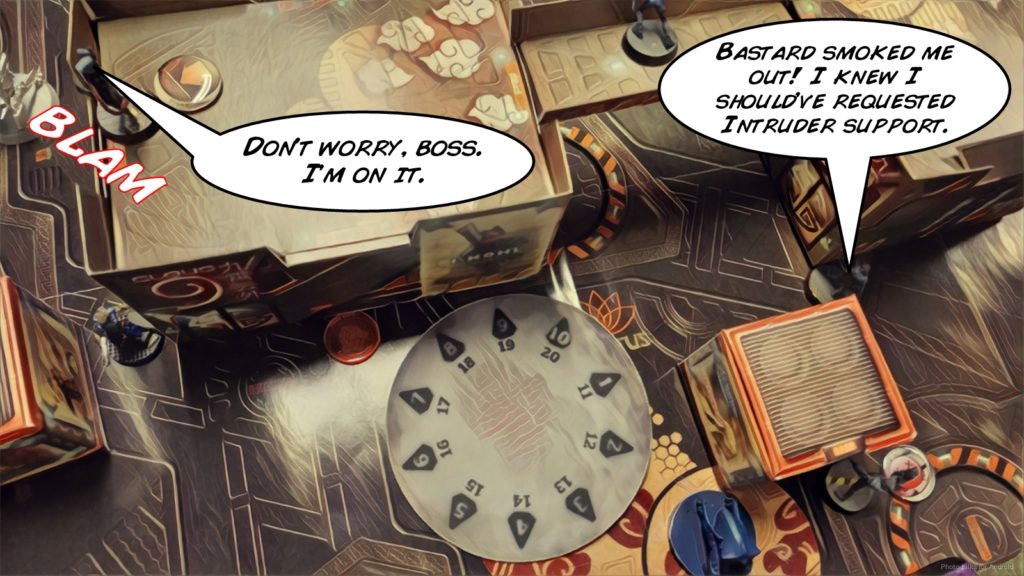 My Wildcat dashes across my deployment zone and recovers the objective from the Jaguar’s corpse. 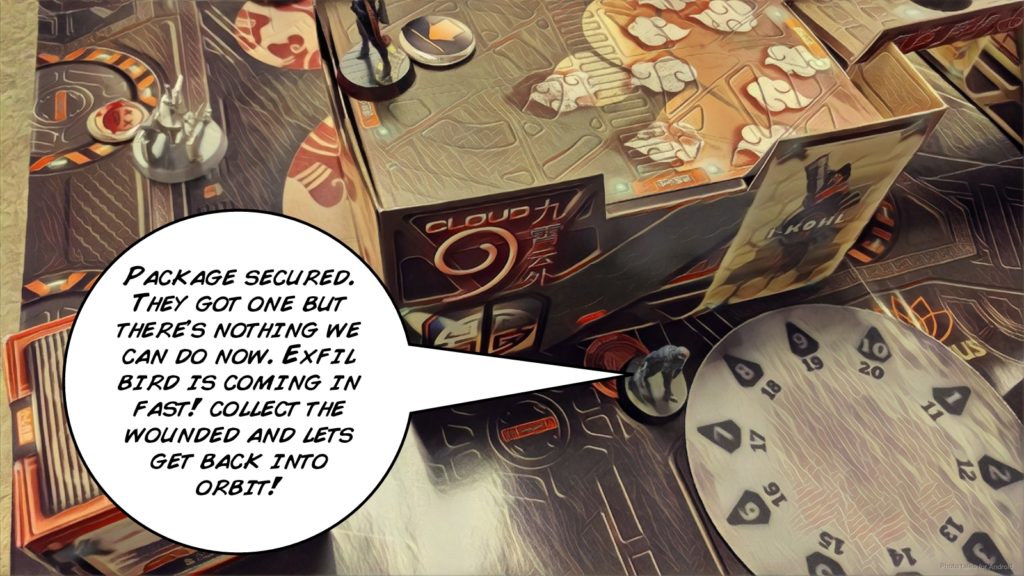 Thanks to me knocking out both of Than’s objective carriers at the bottom of 1 and successfully grabbing the objective myself, it’s a 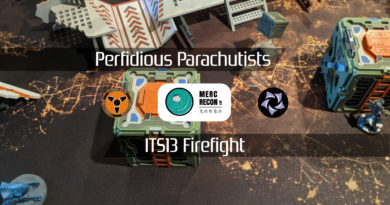 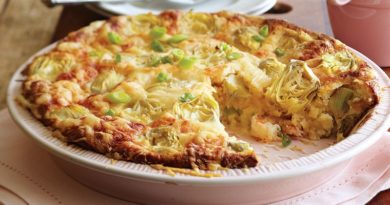 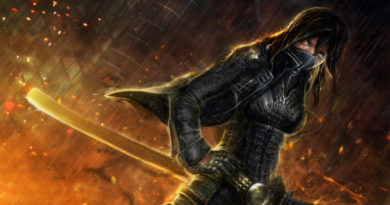