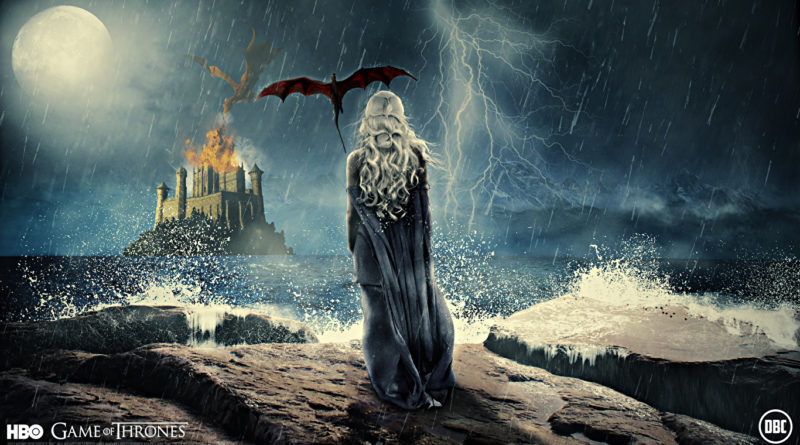 Daniel, our local JSA and now HB player, and I had been discussing a bunch of ideas for how to get newer players to do things like get out of their deployment zone, be aggressive, and prioritize orders. ITS scenarios certainly encourage these things, but not as explicitly as YAMS objectives do. He had never played YAMS before, so after my practice game of Acquisition we kept the table set up and played a lighting fast game of YAMS at 150 points.

I wanted to put a link team on the table so I brought my tried and true Alguacil link, lead by Lupe Balboa, first of her name, and then filled out the rest of the list with the stupid good stuff that Corregidor has access to. To make sure we get home at a reasonable hour, we put 30 minutes on the clock, shake hands, and play some speed Infinity.

His Ghulams are spread out across his deployment zone, one FO per side with the doctor tucked into the middle of his DZ. Two Mutts cover his Khawarij on the right, and one backs up his Zhayedan on the left. Finally, his Tuareg hangs out near the middle, covering the crate. 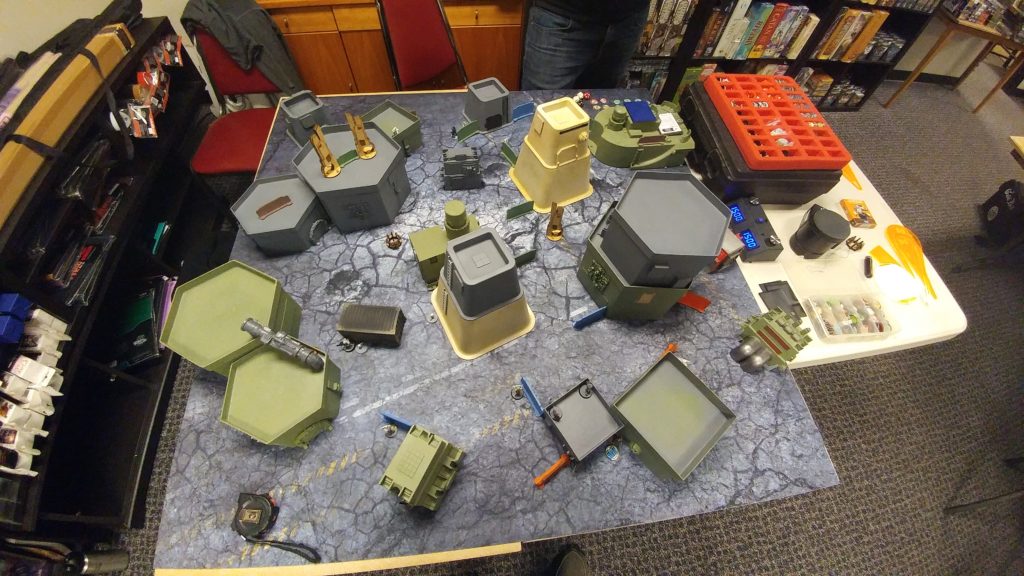 I deploy the link team in the center of my deployment zone with the FO, MSR, and Lupe exposed to ARO. My Lt is the link team leader, protected by the Paramedic. The Jaguar backstops the Moran on the left, and McMurrough is prone on my right flank.

The mutts advance, along with the Khawarji. One of his Ghulams advances and gets pasted by the Alguacil MSR. The Mutts spend a few orders trying to chain rifle the civvie, who passes her first ARM save but finally goes down, netting him a single point. 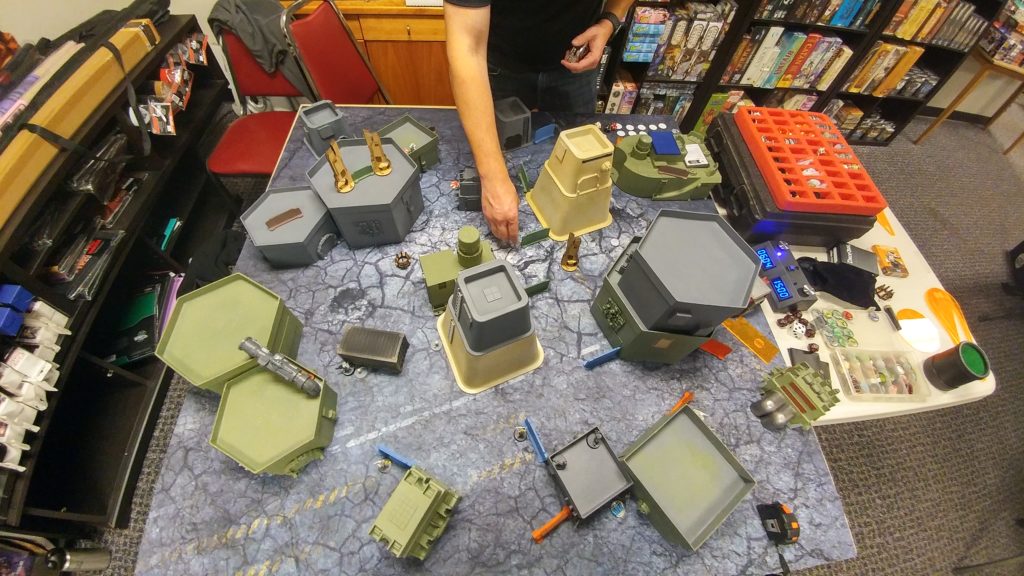 The Khawarij gets into position to cover McMurrough’s approach. His last order is spent throwing most of his remaining guys, including the Khawarij, into suppression.

McMurrough runs up 6″ and idles for the second short skill, in cover. I spec-fire a grenade on 13’s (McMurrough is RUDE) and drop the Khawarij. Lupe drags her link team forward, spraying down the right Mutt and sending it dogged. I bring her around the corner and gun down the Ghulam FO atop the green building barely visible at top of frame over two orders. 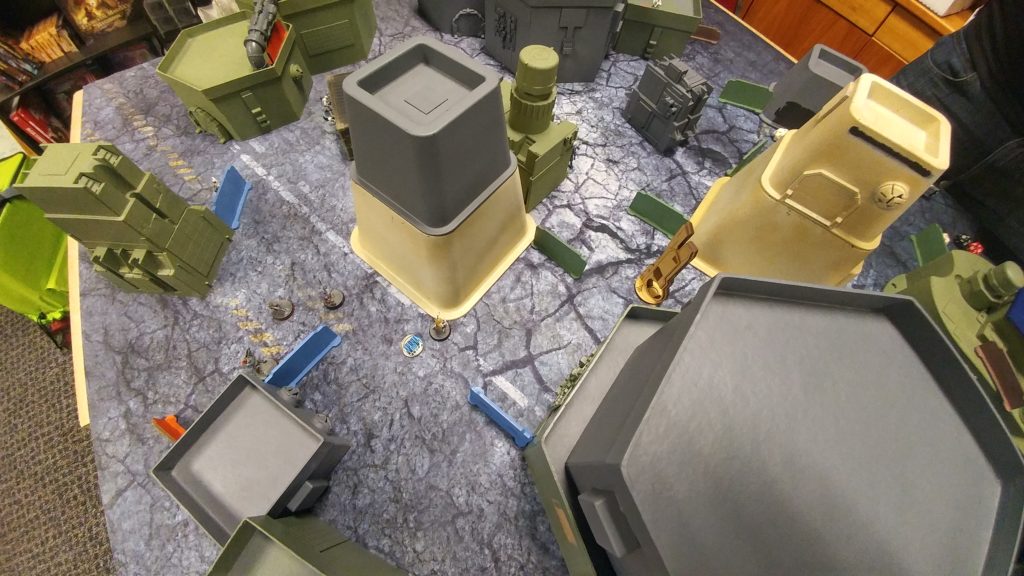 I spend a few orders getting the link team settled into cover to box in the Tuareg, breaking LoF with some smoke from Lupe just in case. 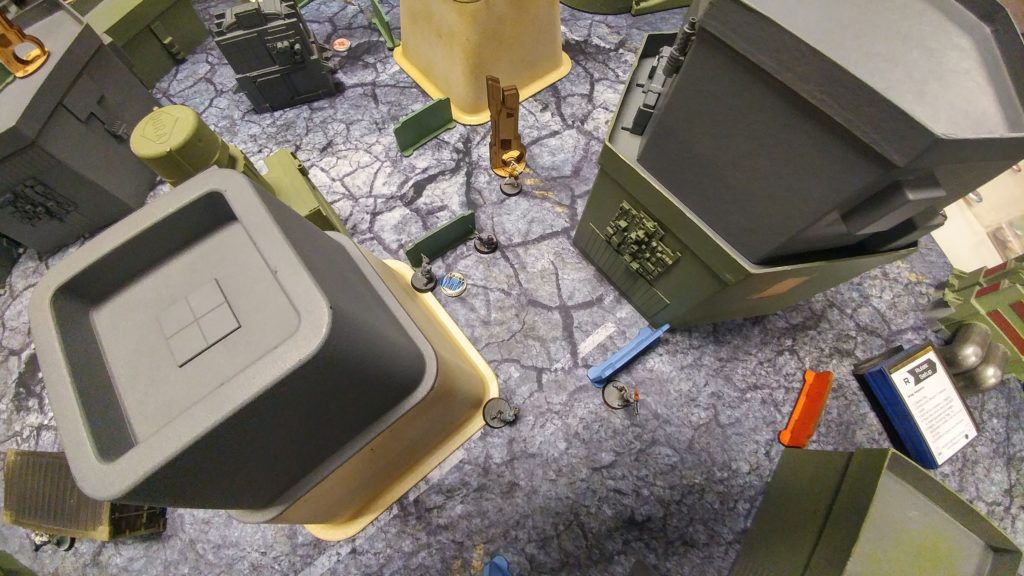 I need to get the Jaguar out of the deployment zone, so I coordinate an order between him and the Moran to get them into better positions and out of the DZ.

The Zhayedin advances to shoot the Jaguar, but I crit my smoke. The Tuareg tries to shotgun down Lupe but is just melted by the link team and Lupe’s nanopulsar, and Lupe passes her ARM.

McMurrough races at the lone remaining Ghulam. The Moran shotguns down the Zhayedin with a Crit, the Jaguar opens the crate, and McMurder chain rifles down the last Ghulam, taking a wound from her suppressive fire before mapping Daniel’s DZ. I got all my objectives, and he got one. 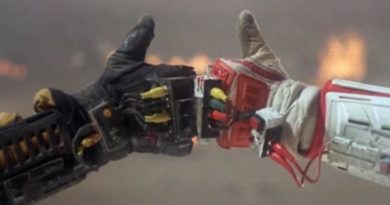 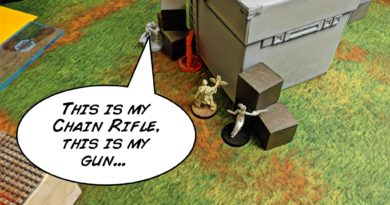 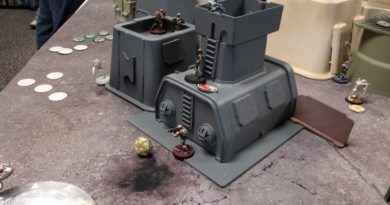